Who doesn’t love a good cupcake? Hey everyone, Ali LePere here! Today, I’m going to show you how to draw a cupcake. A few months ago, I tried to find a cupcake illustration tutorial. All I could find were cartoon cupcakes. They were really cute. However, I wanted something more detailed. That’s why I came up with this step-by-step guide! Let’s dive in! 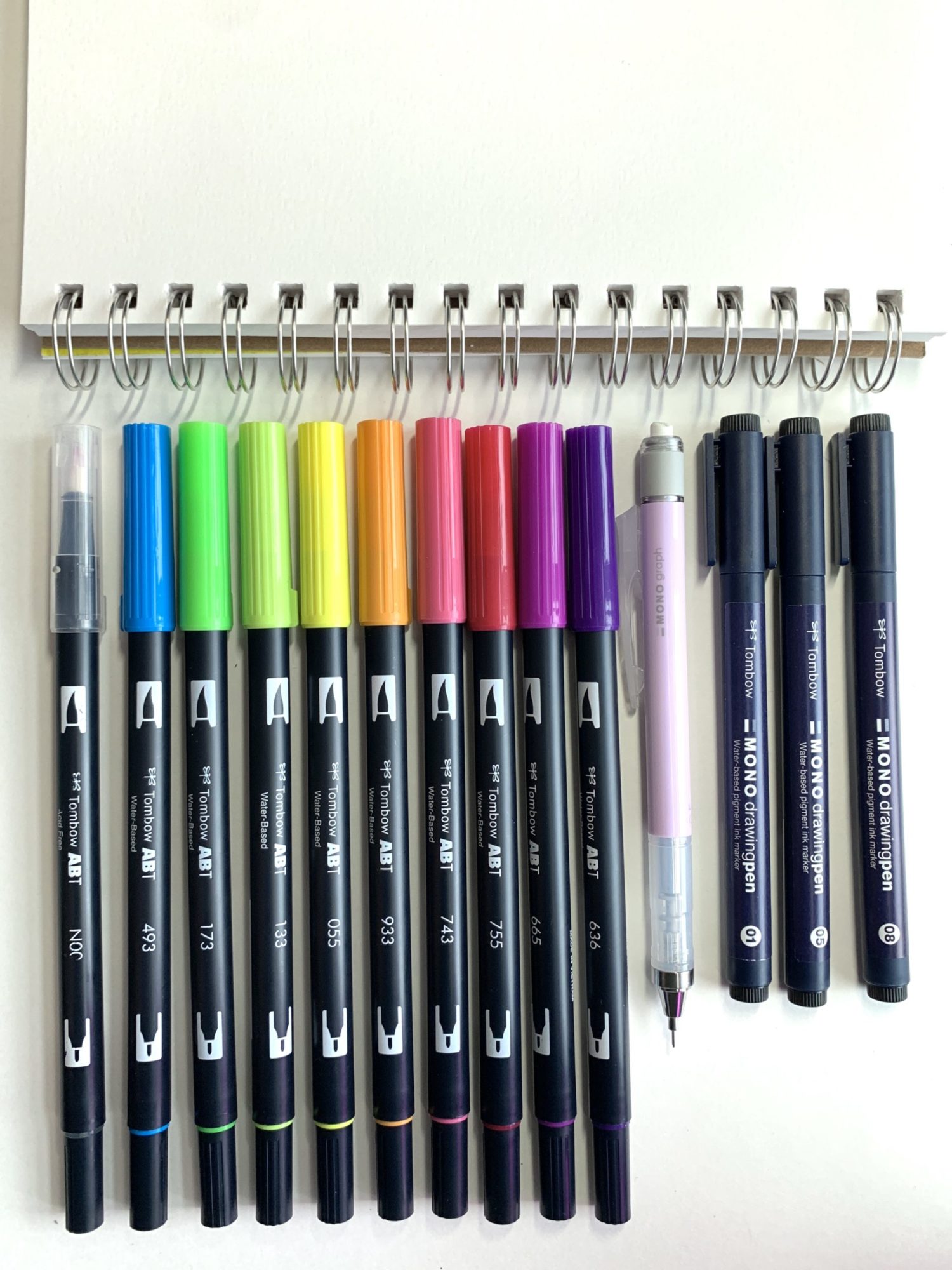 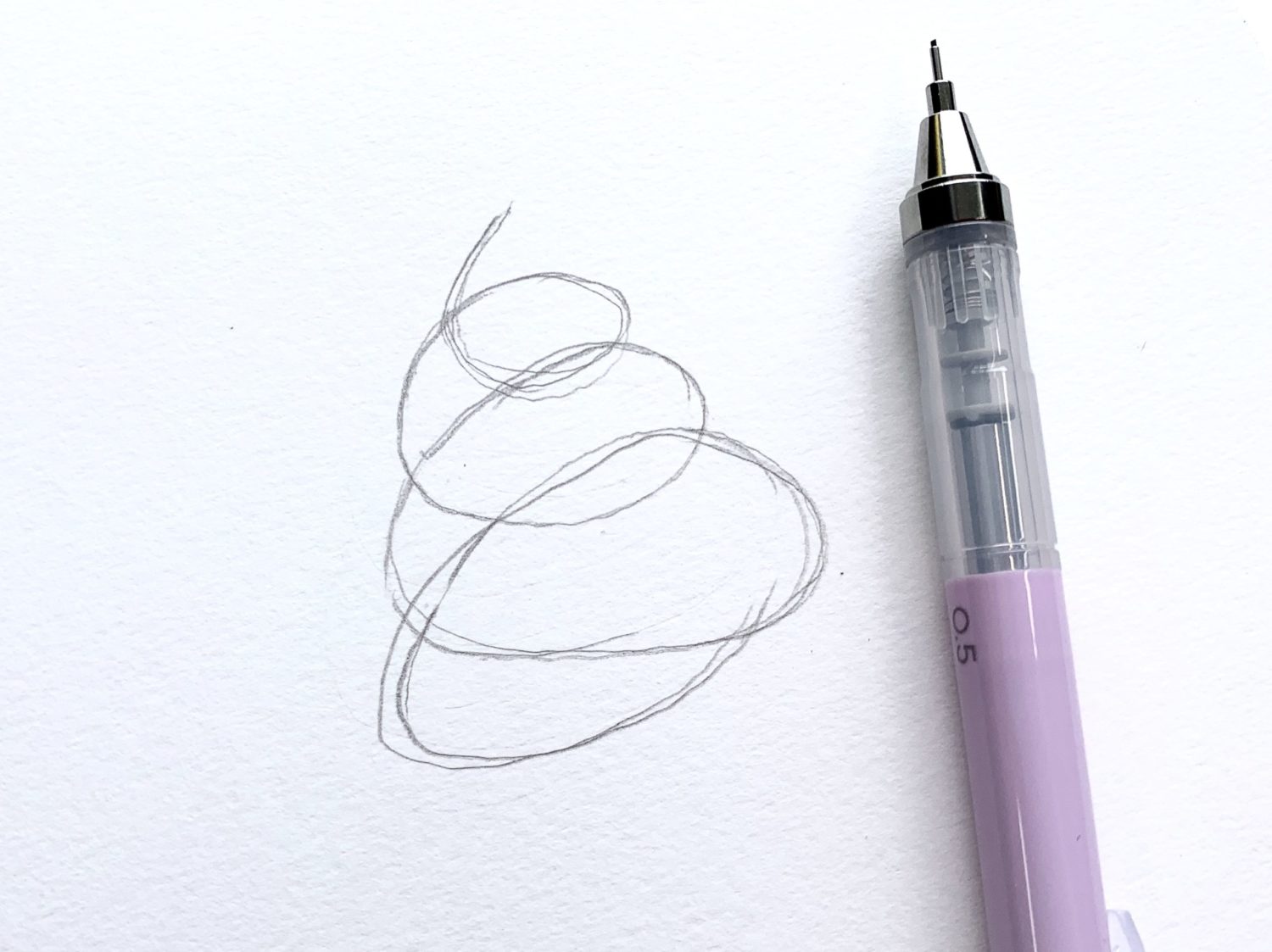 Using the MONO Graph Mechanical Pencil, I sketched a swirly line. I made the lines overlap and made it wider on the bottom and narrow on the top. It’s like an upside down cone. This is the beginning of the cupcake frosting! 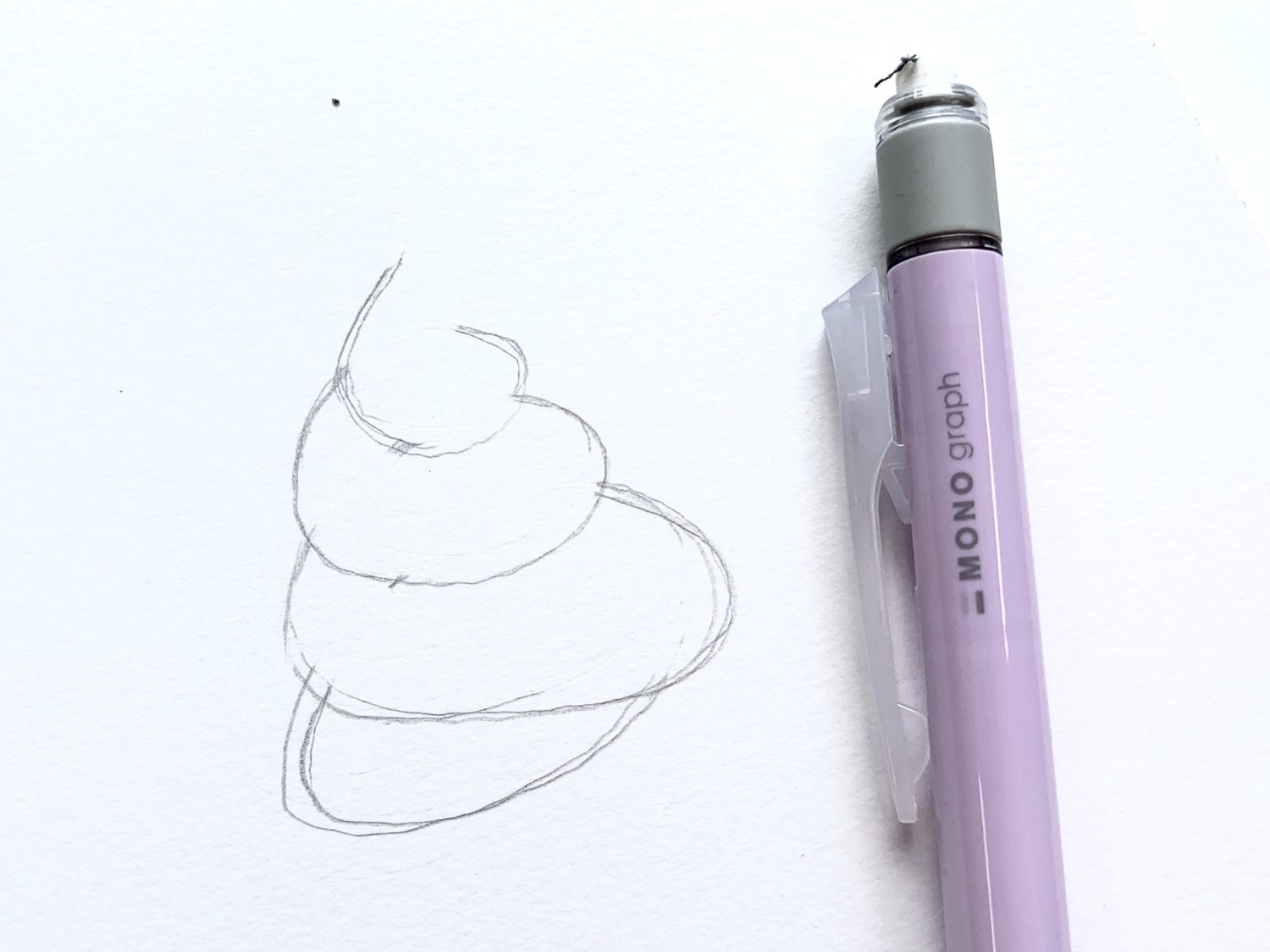 I erased the tops of the loop lines. By doing this, I already started to give the frosting a layered look. 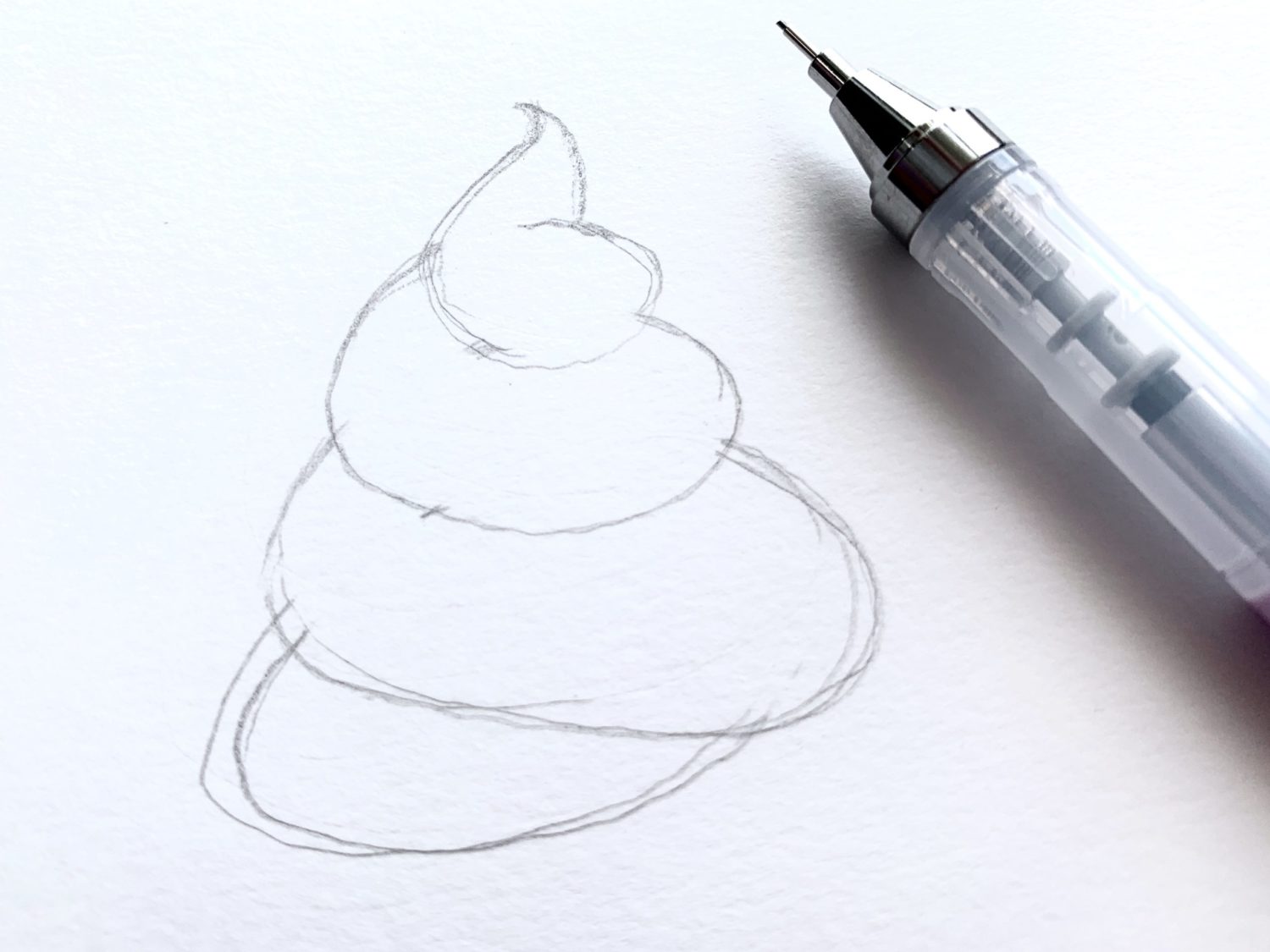 Next, I added a point to the swirly top. This wasn’t a really involved step, but I couldn’t ignore the coolest looking part of the cupcake! 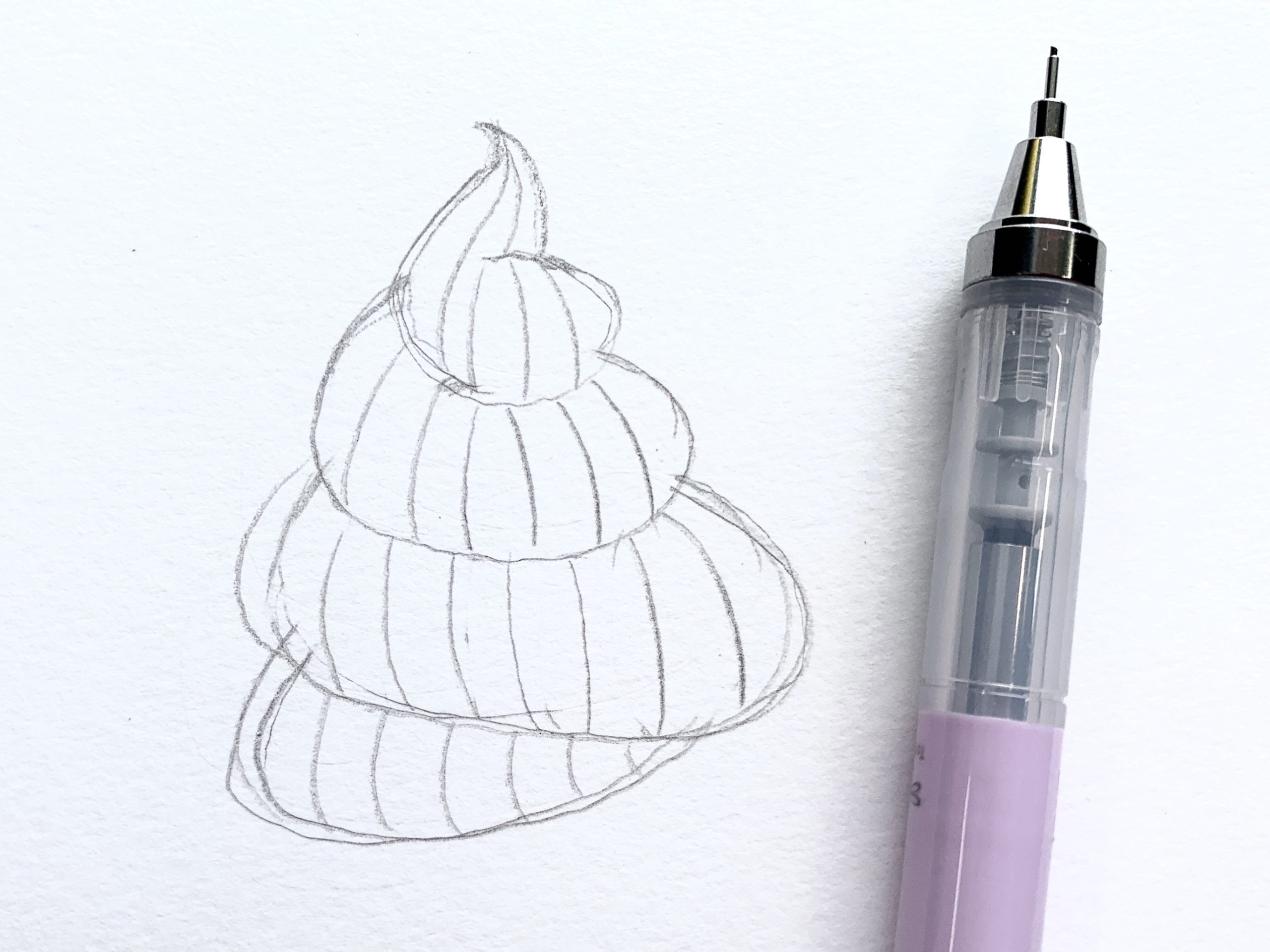 Now this is where things went from looking like a certain emoji to looking like cupcake frosting! I penciled in some curved and vertical lines on each layer. Since I knew that I’d be adding more line details later, I tried my best to give some space between each line. By the end of this step, the frosting looked striped. 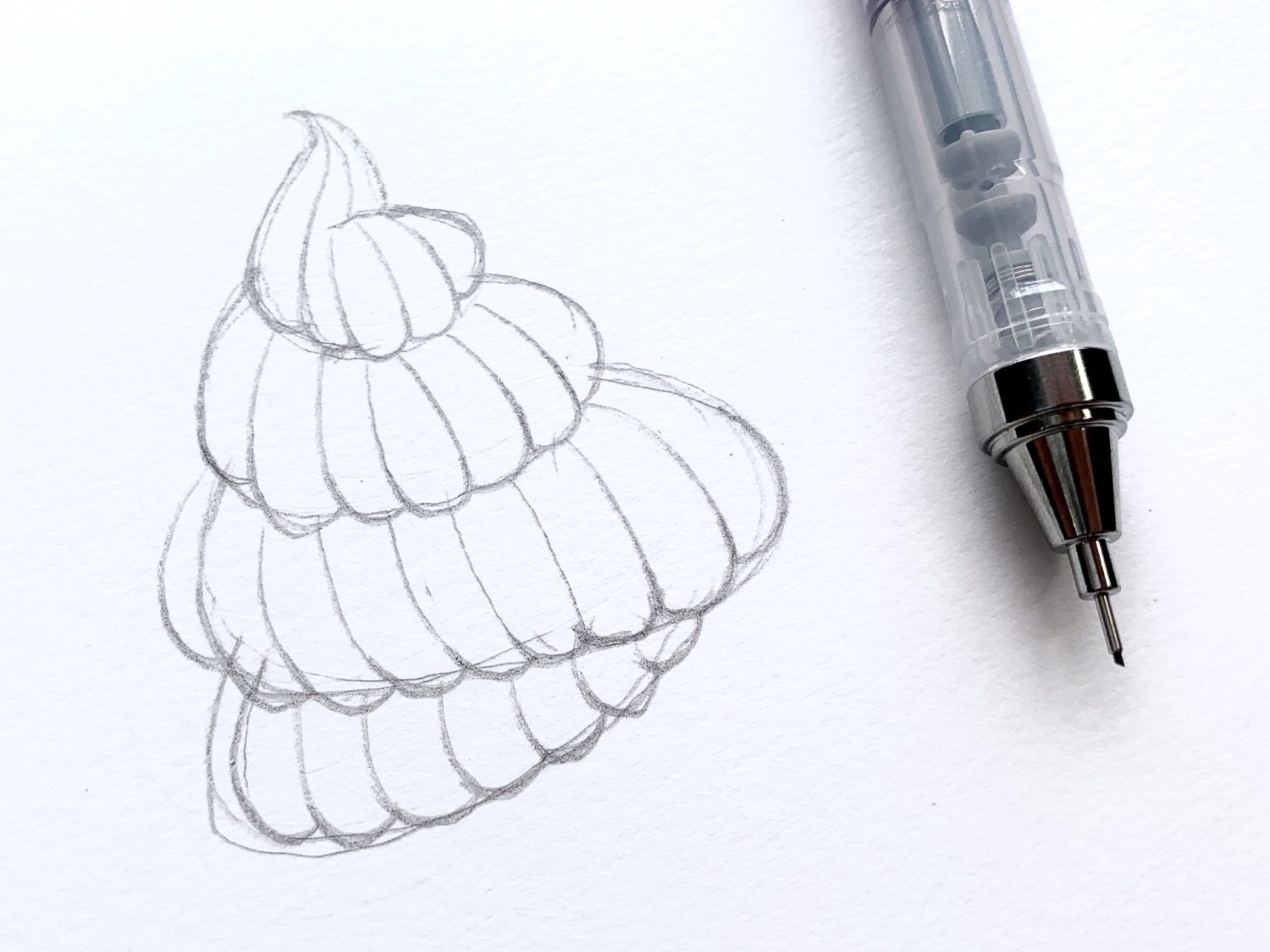 At the bottoms of the lines from step four, I made each one rounded. The bottom of each line should curve into the line next to it. 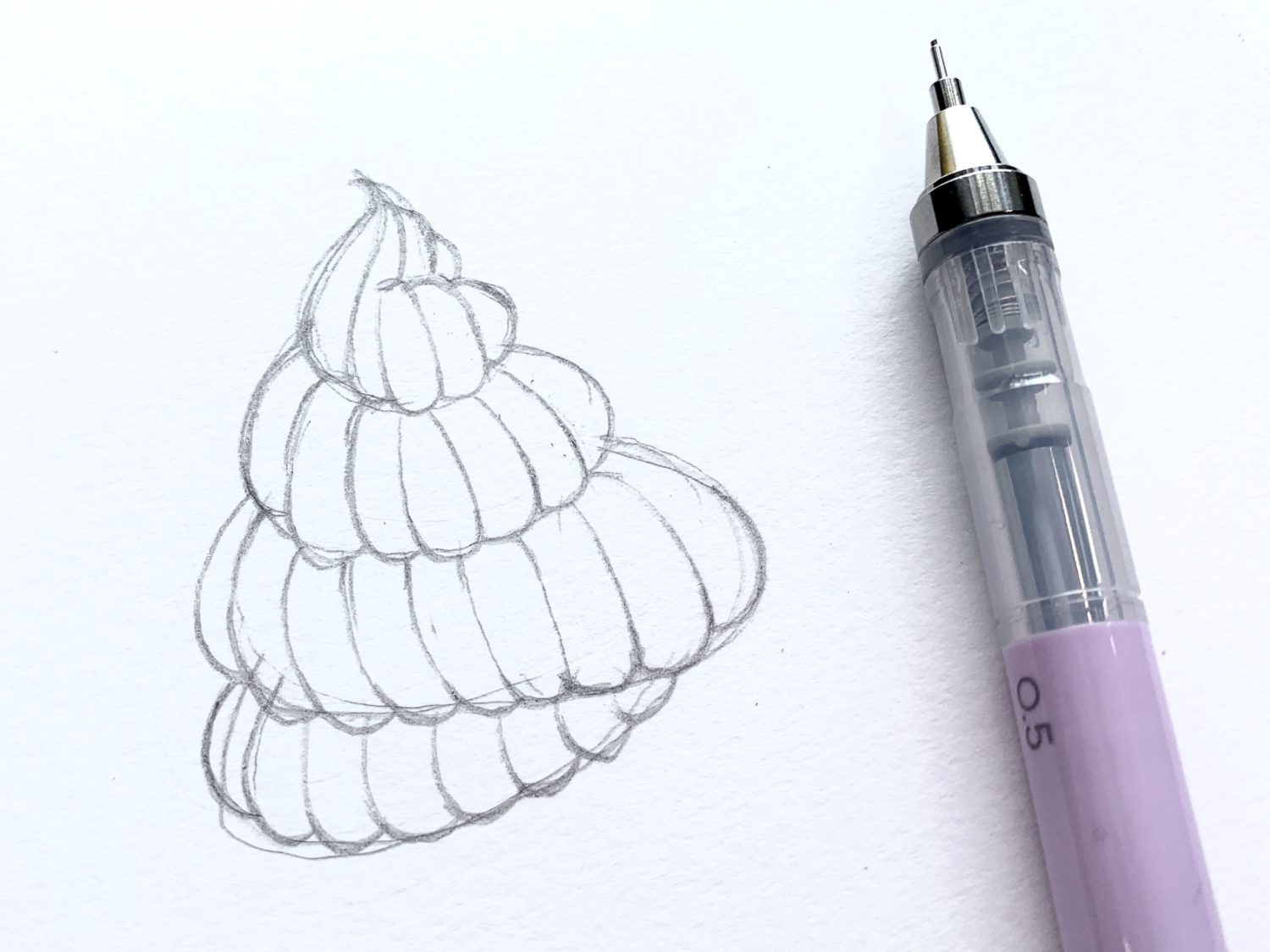 This step is very much like step five, but this time I added curves to the top lines. Since the bottom of each cupcake frosting layer sits on top of the layer below it, I don’t have to draw as many lines. The spot where this step really matters is the top of the cupcake. 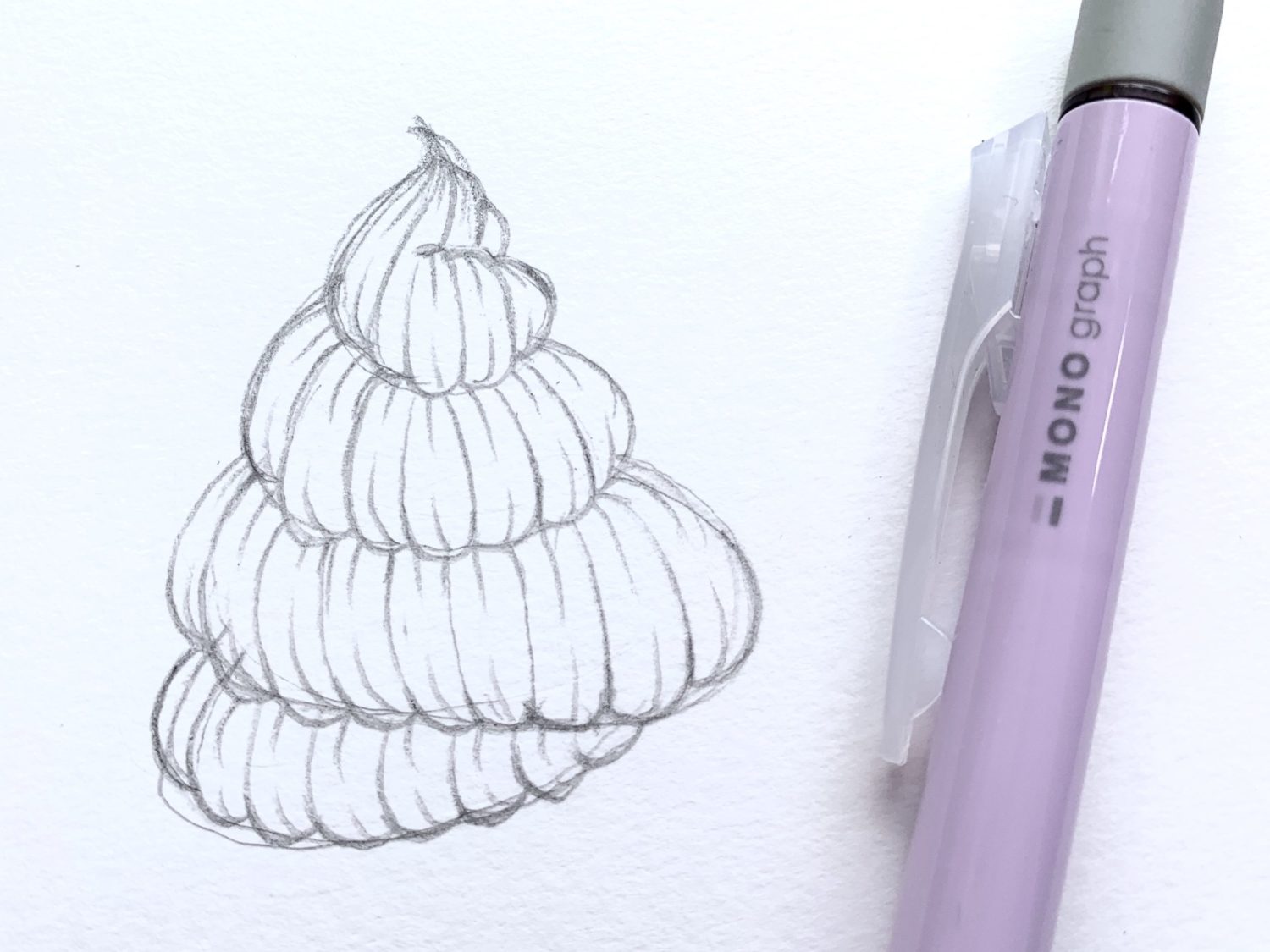 At this point, I started adding details to the frosting. Remember way back to step four when I said I’d be adding in more lines? This is the step! I added shorter lines going between the lines I had already made. They come in from the top and bottom of each layer, but they don’t meet in the middle. These extra lines added extra dimension to the cupcake frosting! After doing this, all I needed to do was draw the cup part! 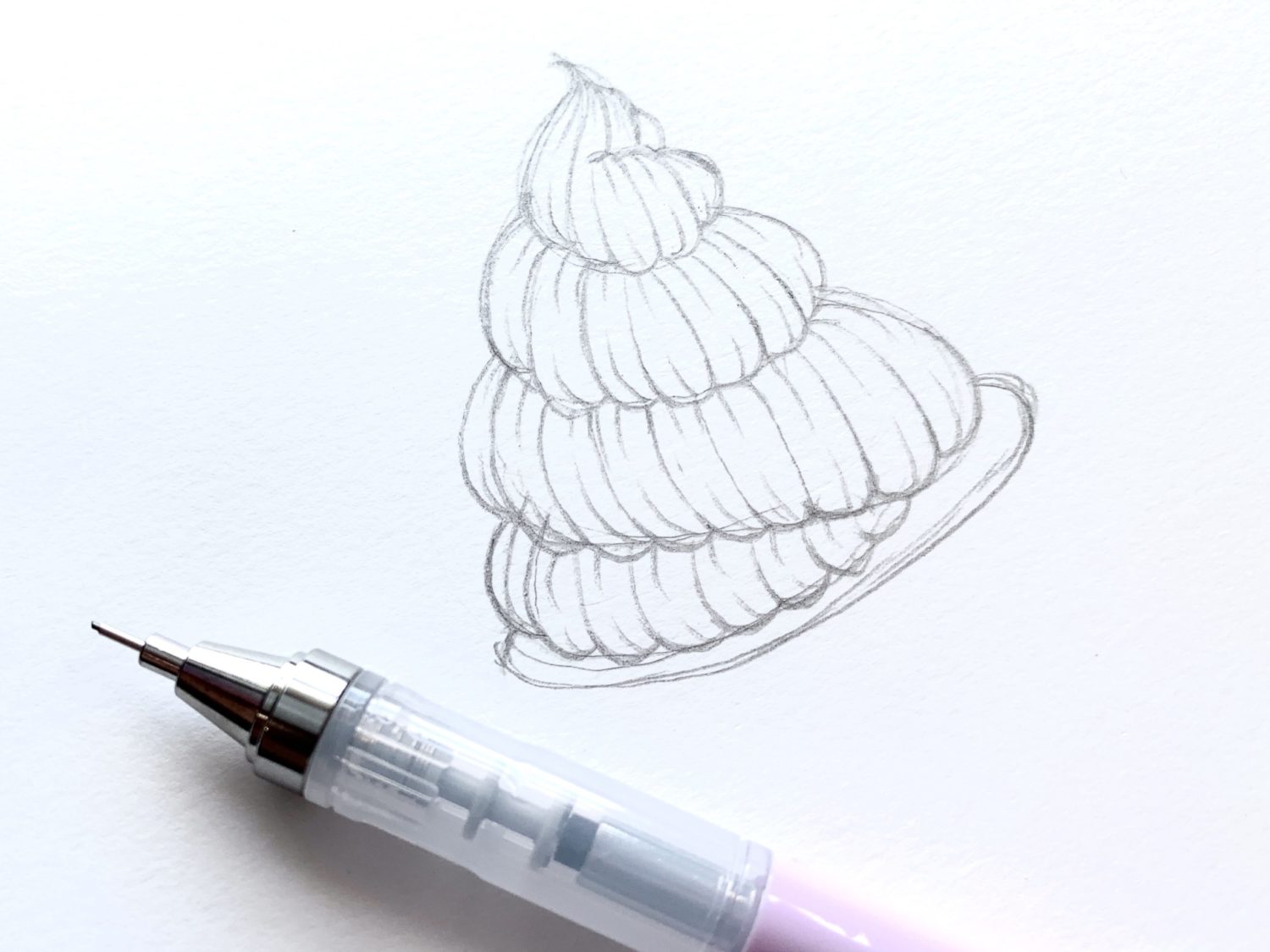 The first thing I did to make the cup shape was make an incomplete oval at the base of the cupcake frosting.

From there, I drew two slightly diagonal lines downwards from the ends of the incomplete oval. I tried to make the cup a similar height to the cupcake frosting. 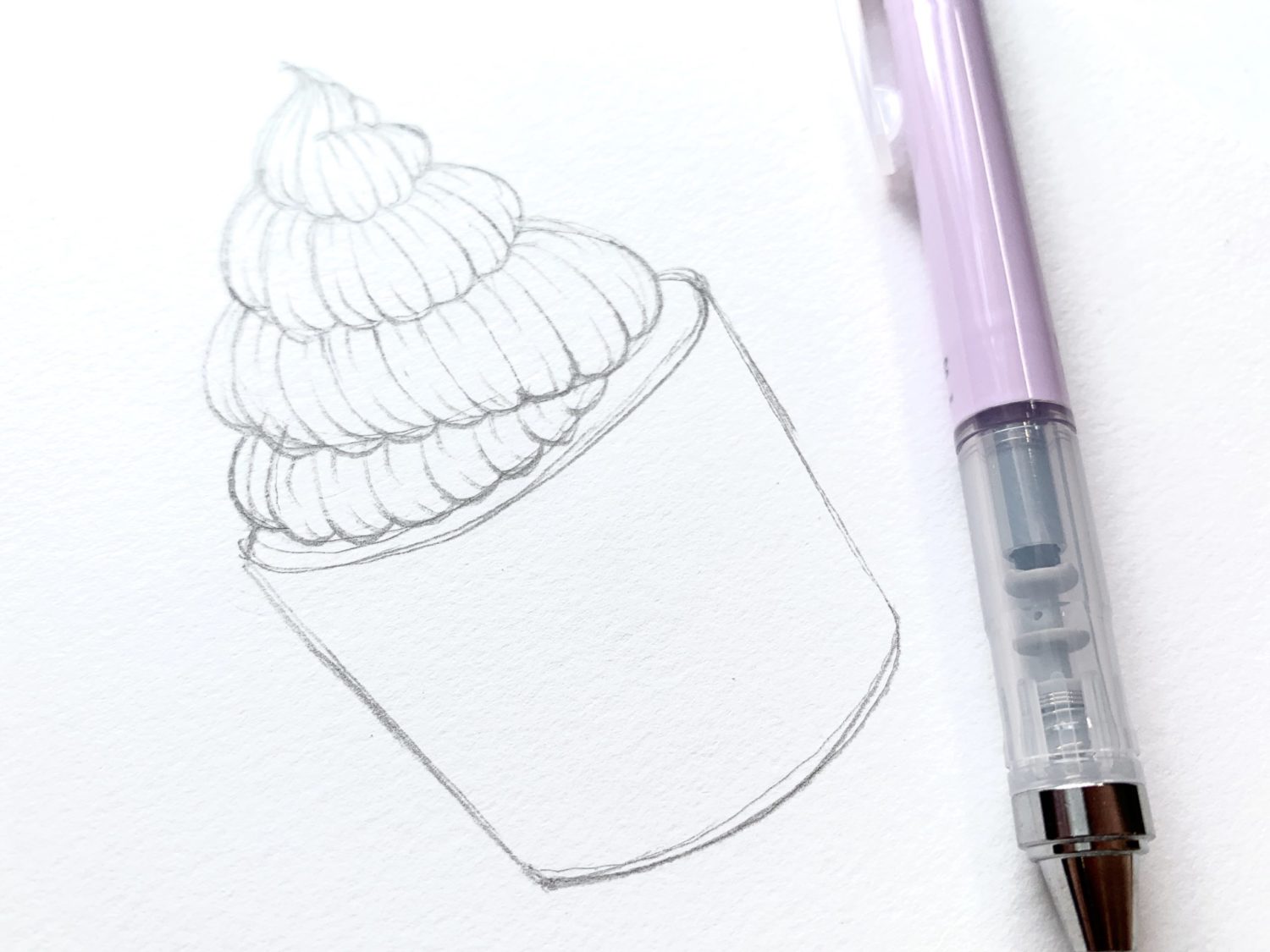 Next, I drew a curved line to connect the bottoms of the diagonal lines. I made it parallel with the oval shape.

The paper wrapper needed to mimic the accordion-like folds of the real life paper cups used in real-life cupcakes. To achieve this effect, I started by mapping out the paper folds. I drew a dot on the middle of the top and bottom of the cup. 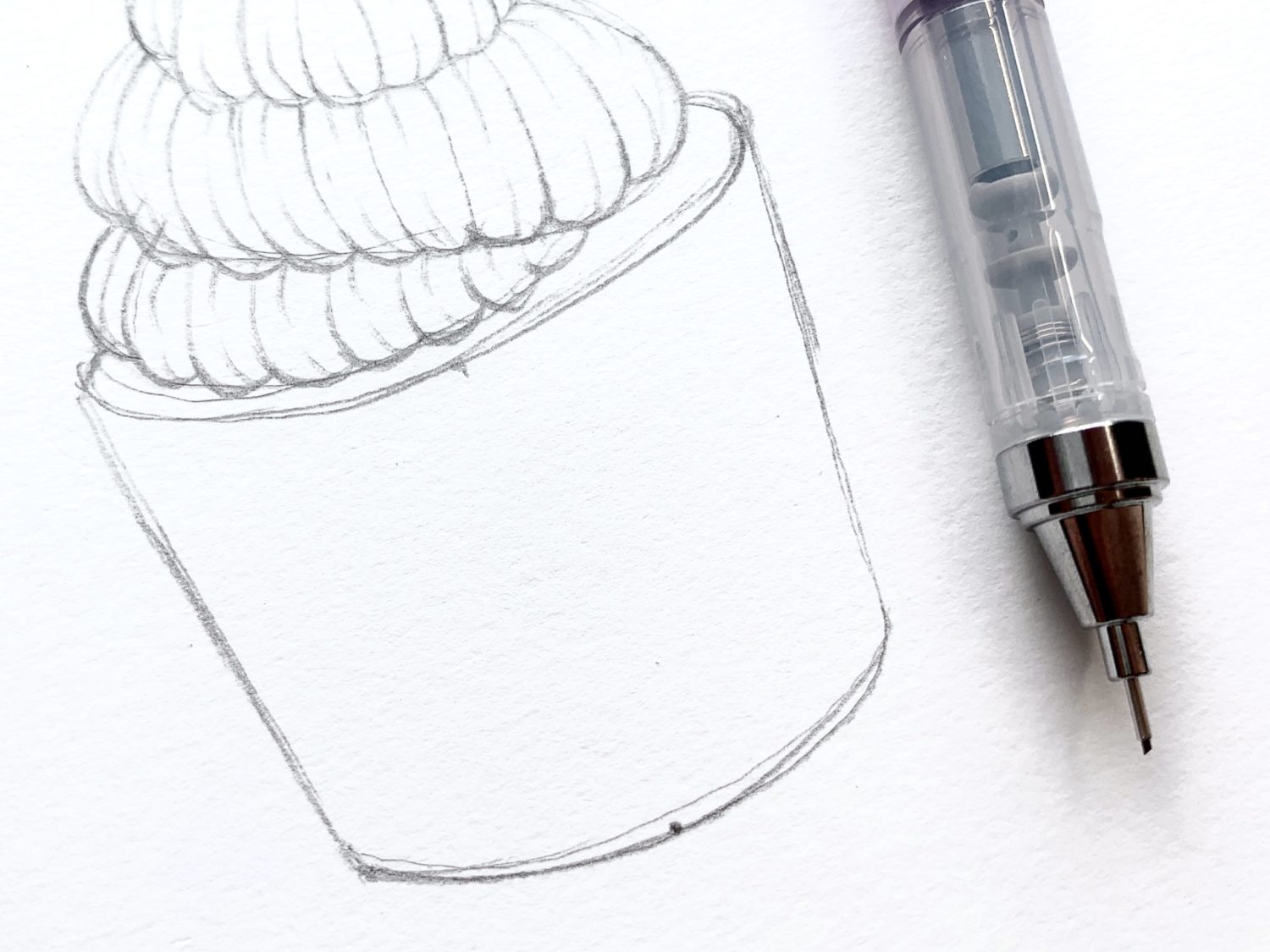 On the top part of the cup, I drew four dots on either side of the center dot. I made sure to keep them equally spaced and left enough room to add a line between each one.

On the bottom part of the cup, I added the same number of dots that I had made on the top part. These dots are closer together because the cup is more narrow at the base. 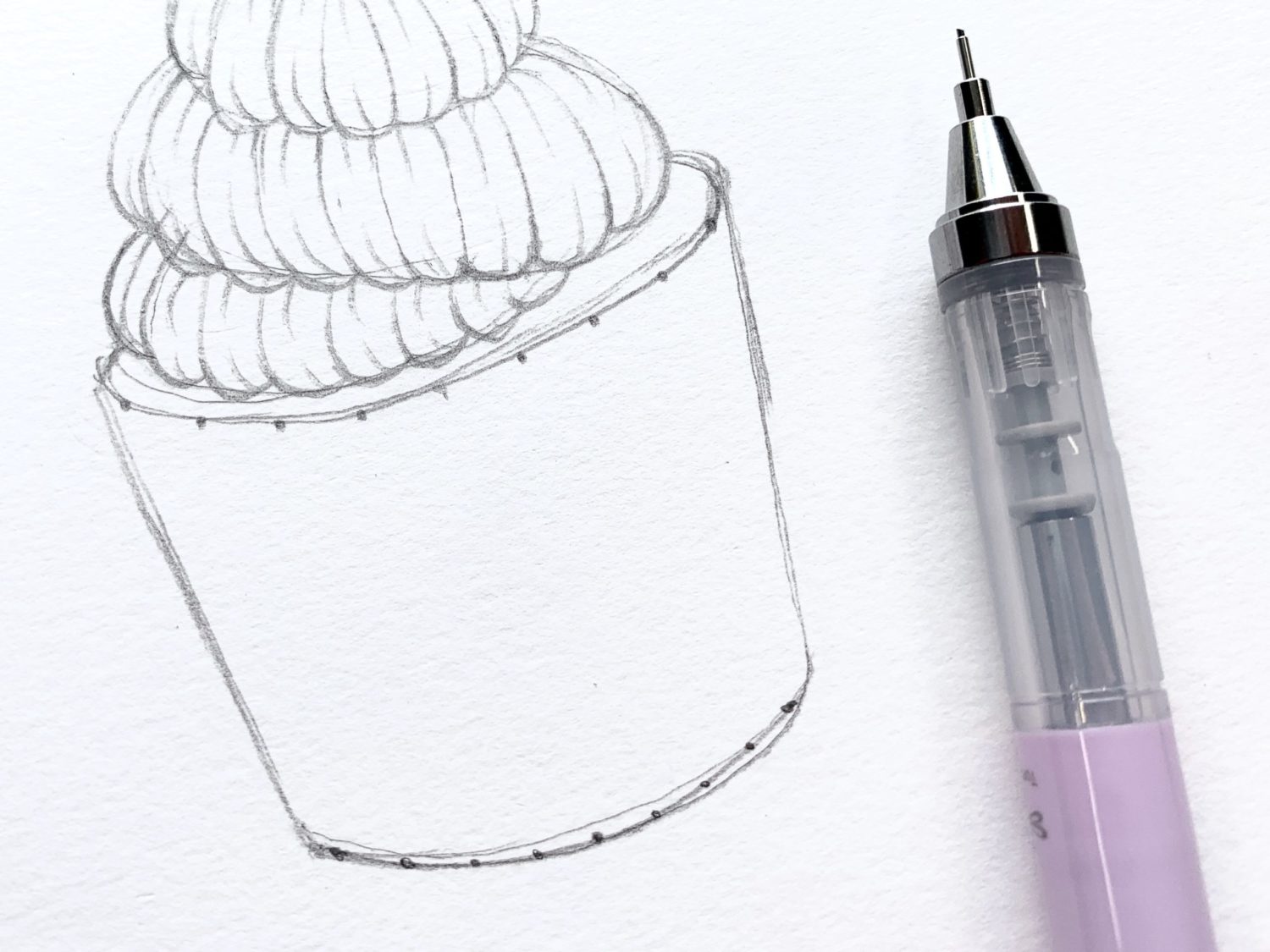 Once all the dots were made, I connected each pair with a straight line. The only line that was straight was the center one. The rest of the lines were all angled diagonally to varying degrees. 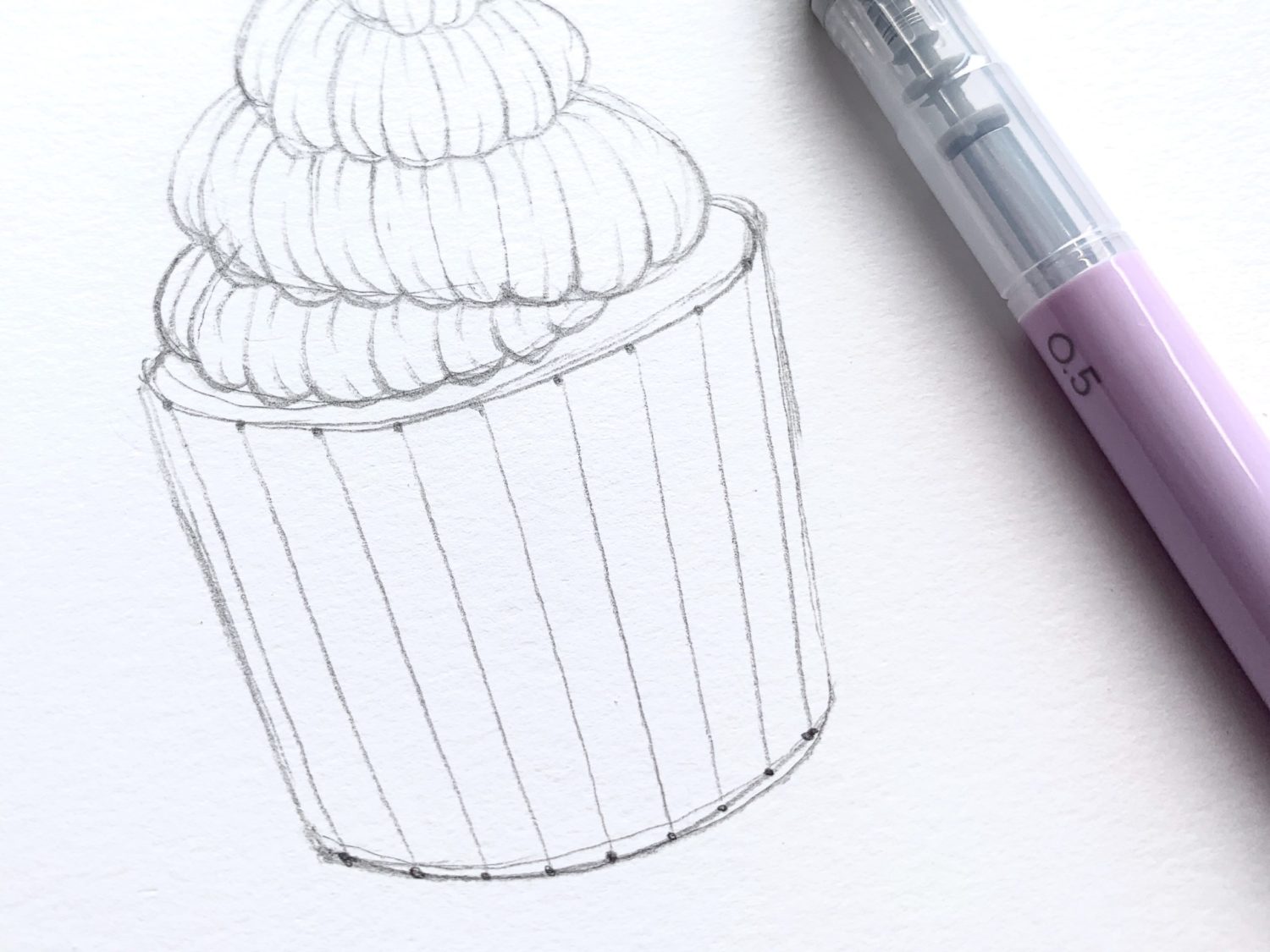 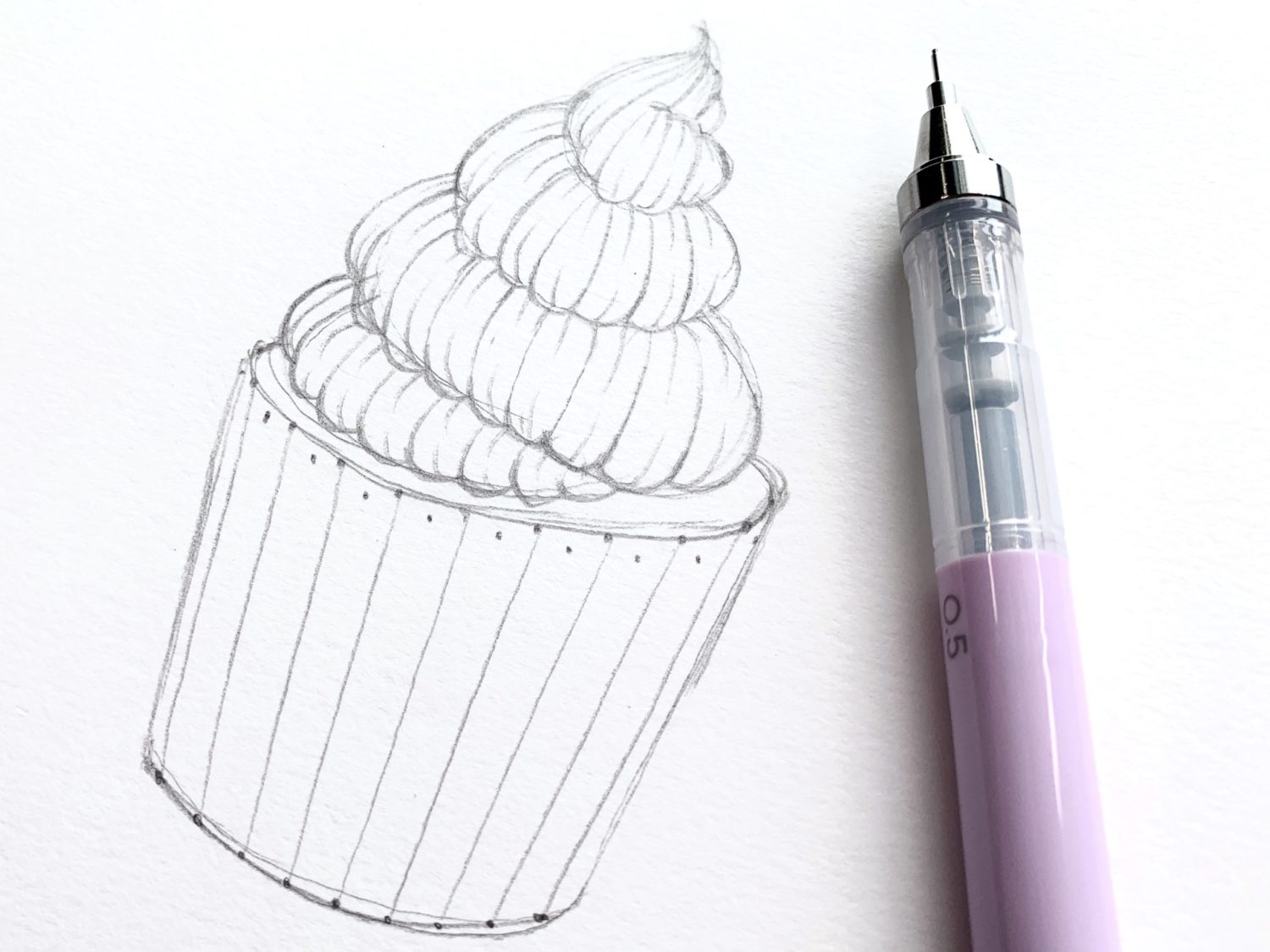 On the top part of the cup, I added dots directly in between the lines I made in the last step. This time, I made the row of dots slightly lower. 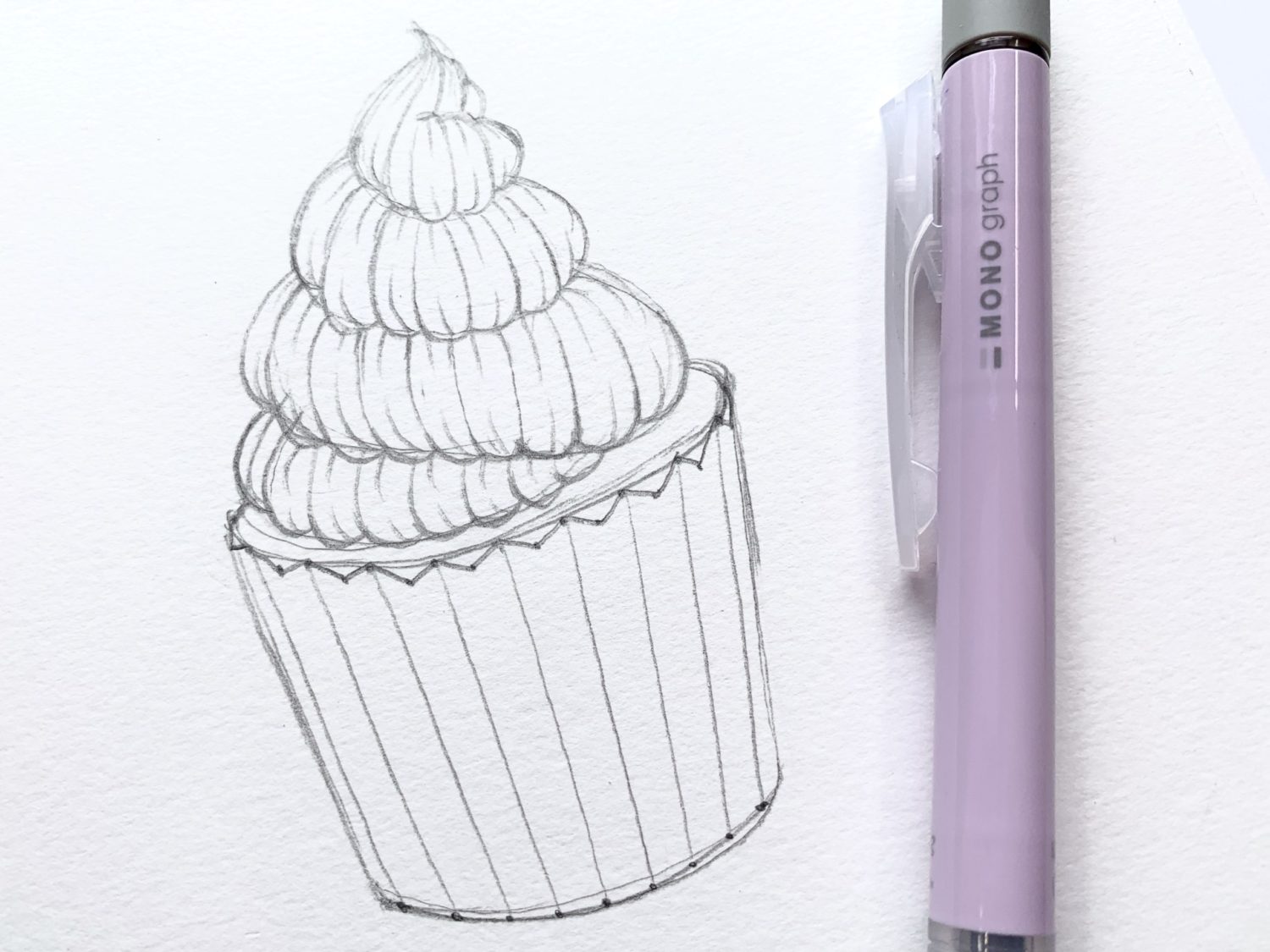 After my dots were in place, I connected them horizontally with the top of each line I made in step nine. This resulted in a zig-zag line like the accordion-like paper wrapping on cupcakes! 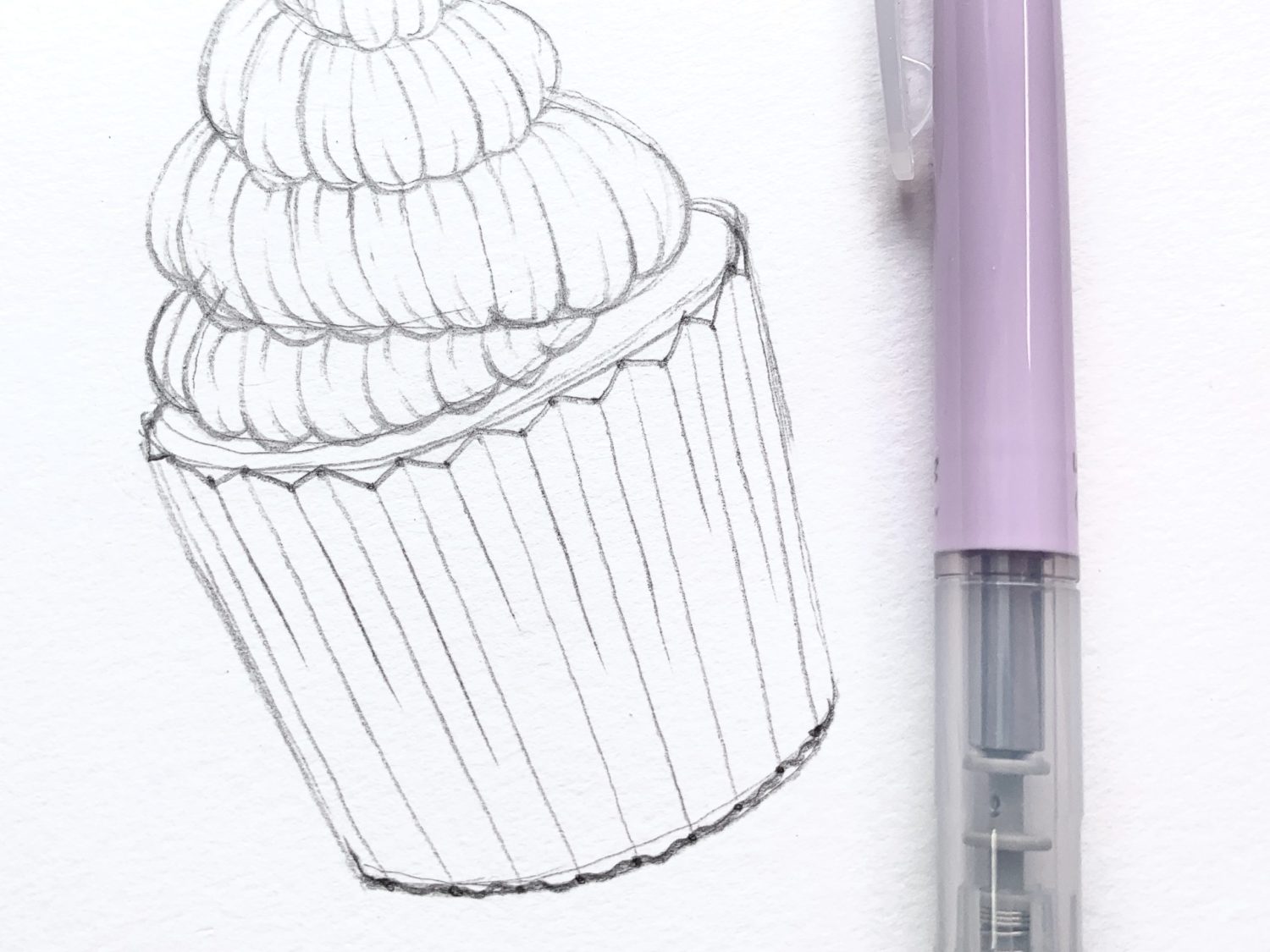 I added very light lines of varying lengths going downwards from bottom points of the zig-zag. Then, I added a slightly bumpy line connecting the bottom lines of the cup together. 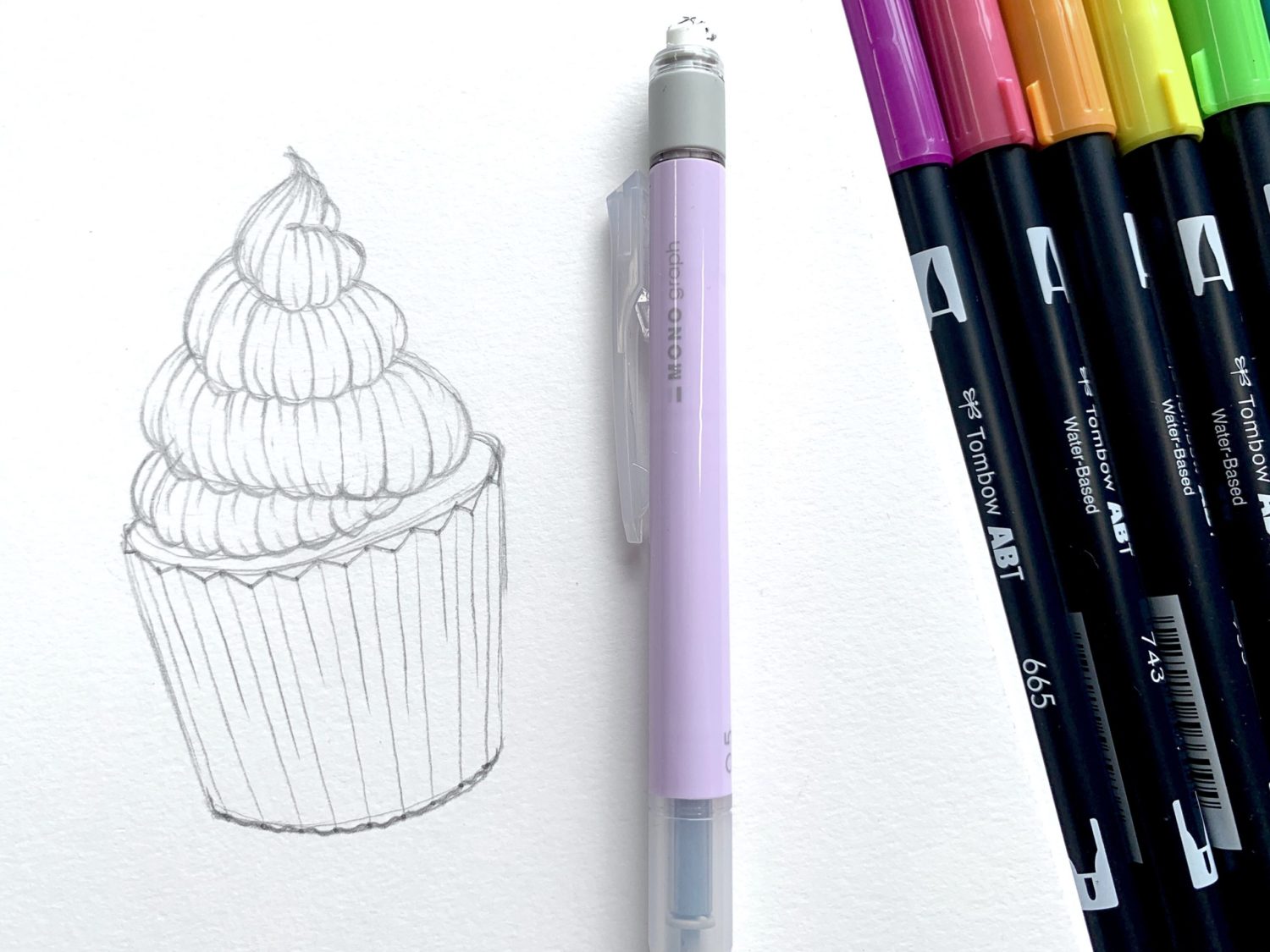 At this point, the cupcake drawing was done! To color my cupcake, I wanted to use the Tombow Dual Brush Pens. I decided on the Bright 10-Pack because it is absolutely perfect for bright rainbow blending! I used the Colorless Blender Pen from the pack to lighten up the colors. By doing that, I could still see the pencil lines underneath the ink. 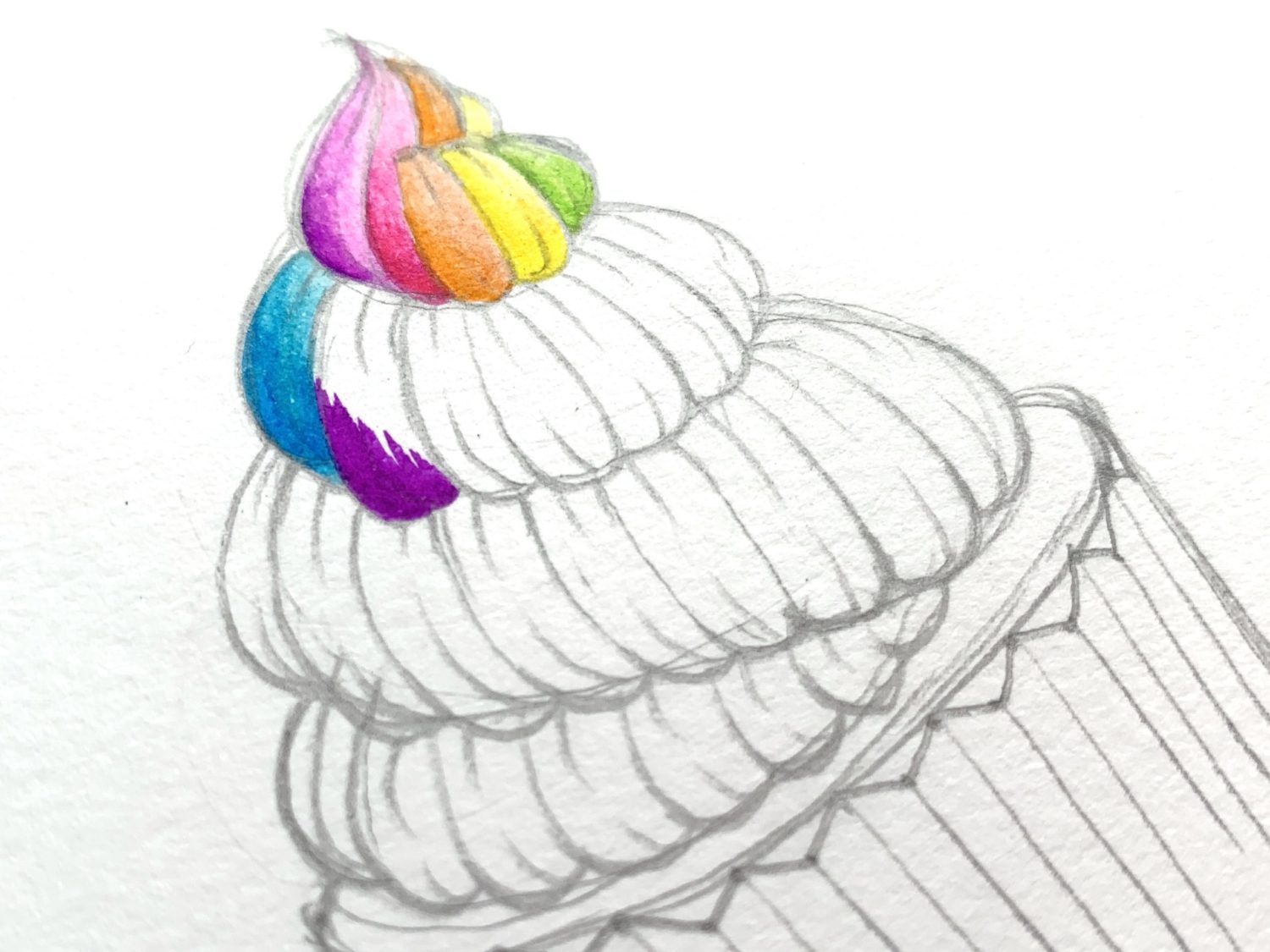 I simply laid down a tiny bit of ink in a section, then used the Colorless Blender Pen to drag the ink into the rest of the area. I did this over and over until the whole cupcake was bursting with color! 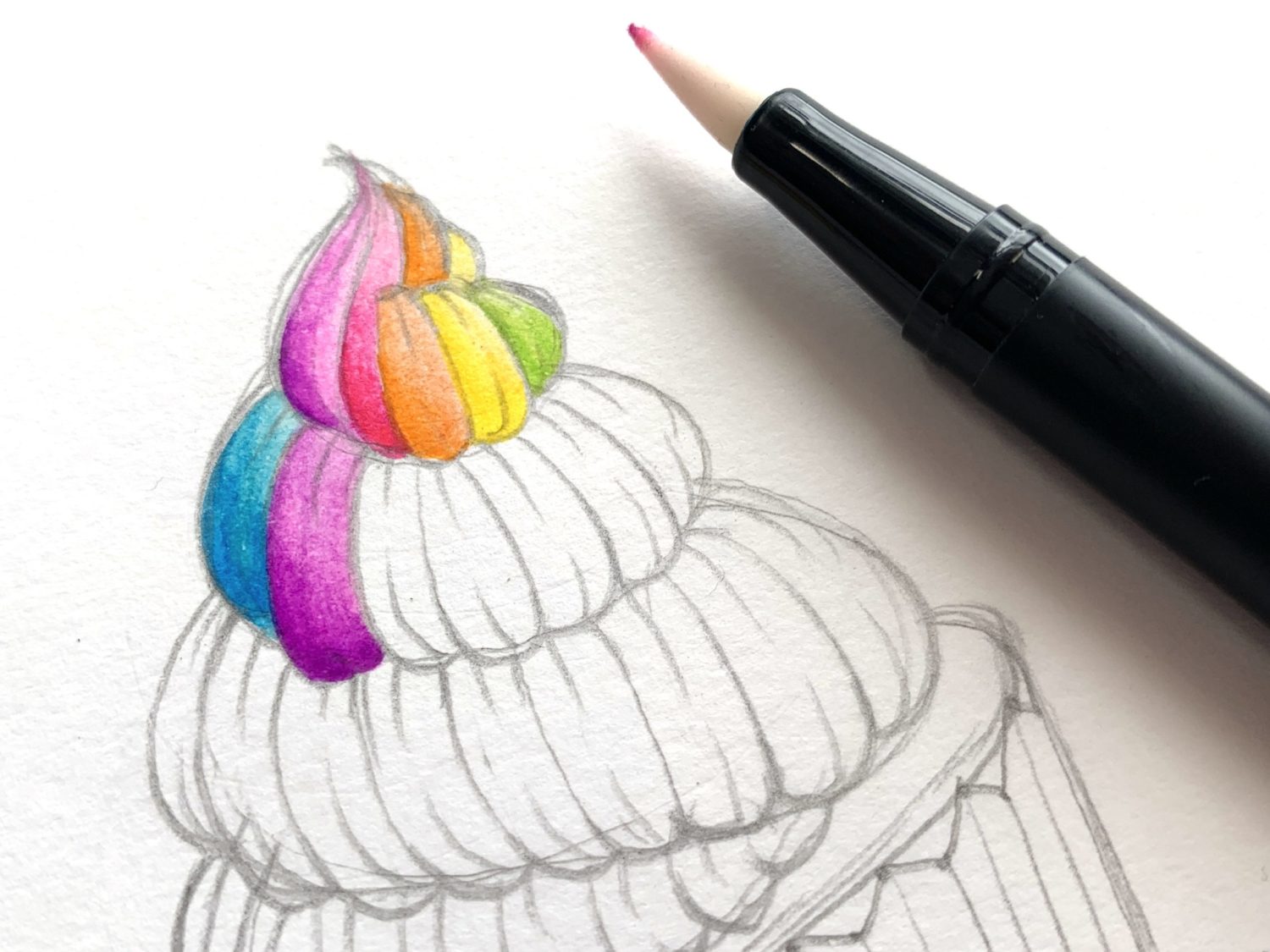 If you want to know more about how I use the Dual Brush Pens for blending and coloring, check out this Animal Print and Blending Tutorial and Everything You Need to Know About Dual Brush Pens. 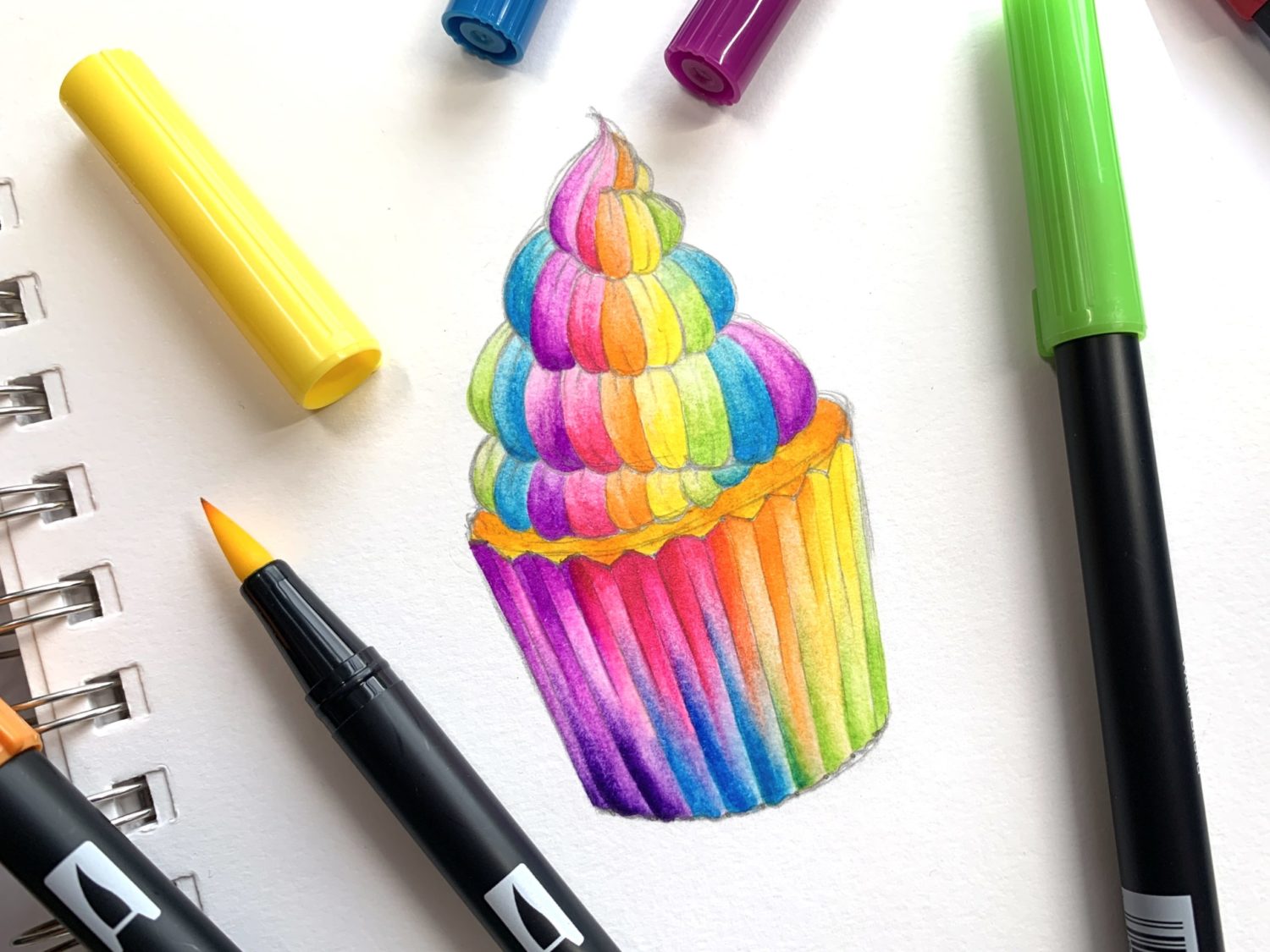 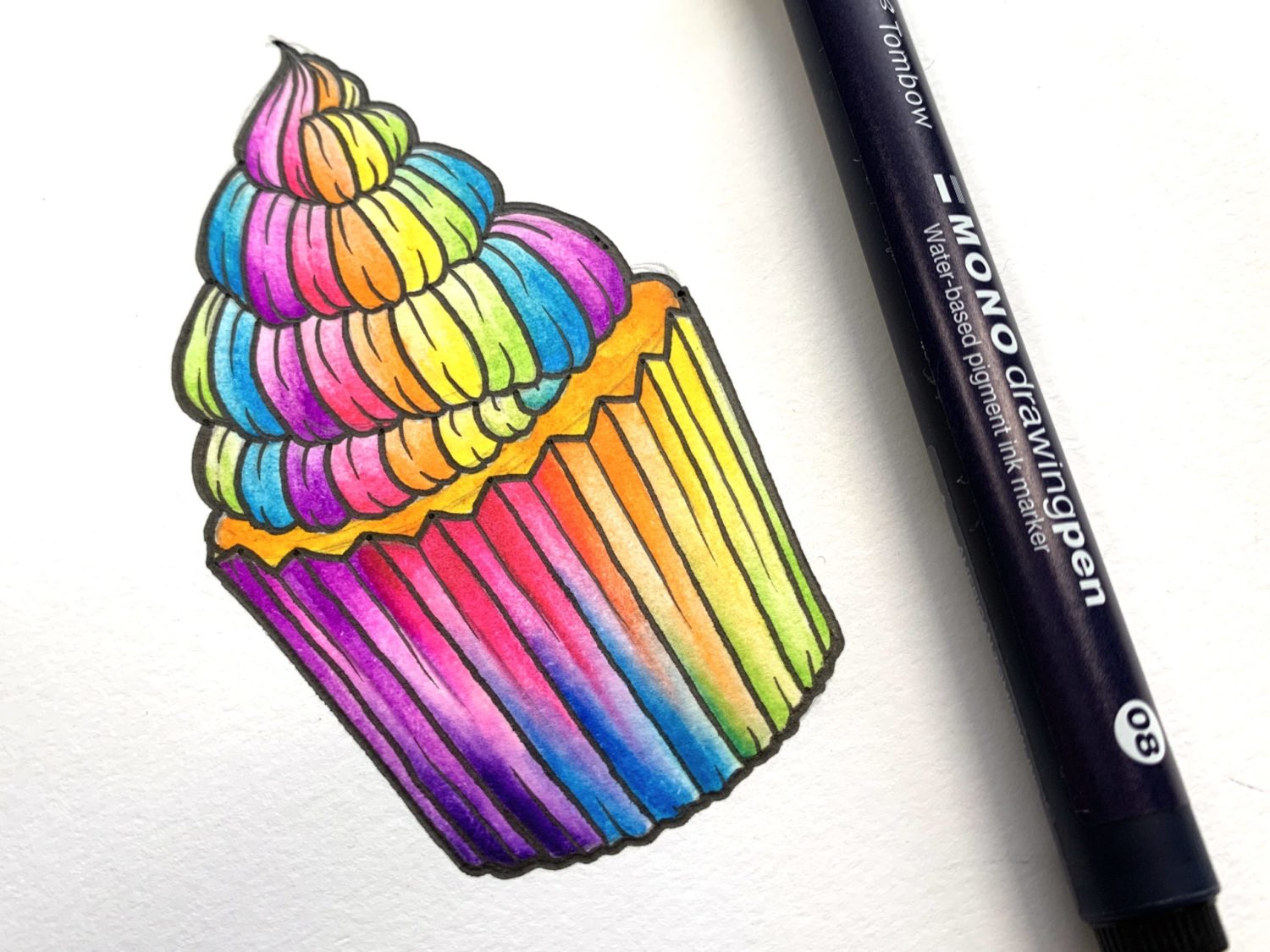 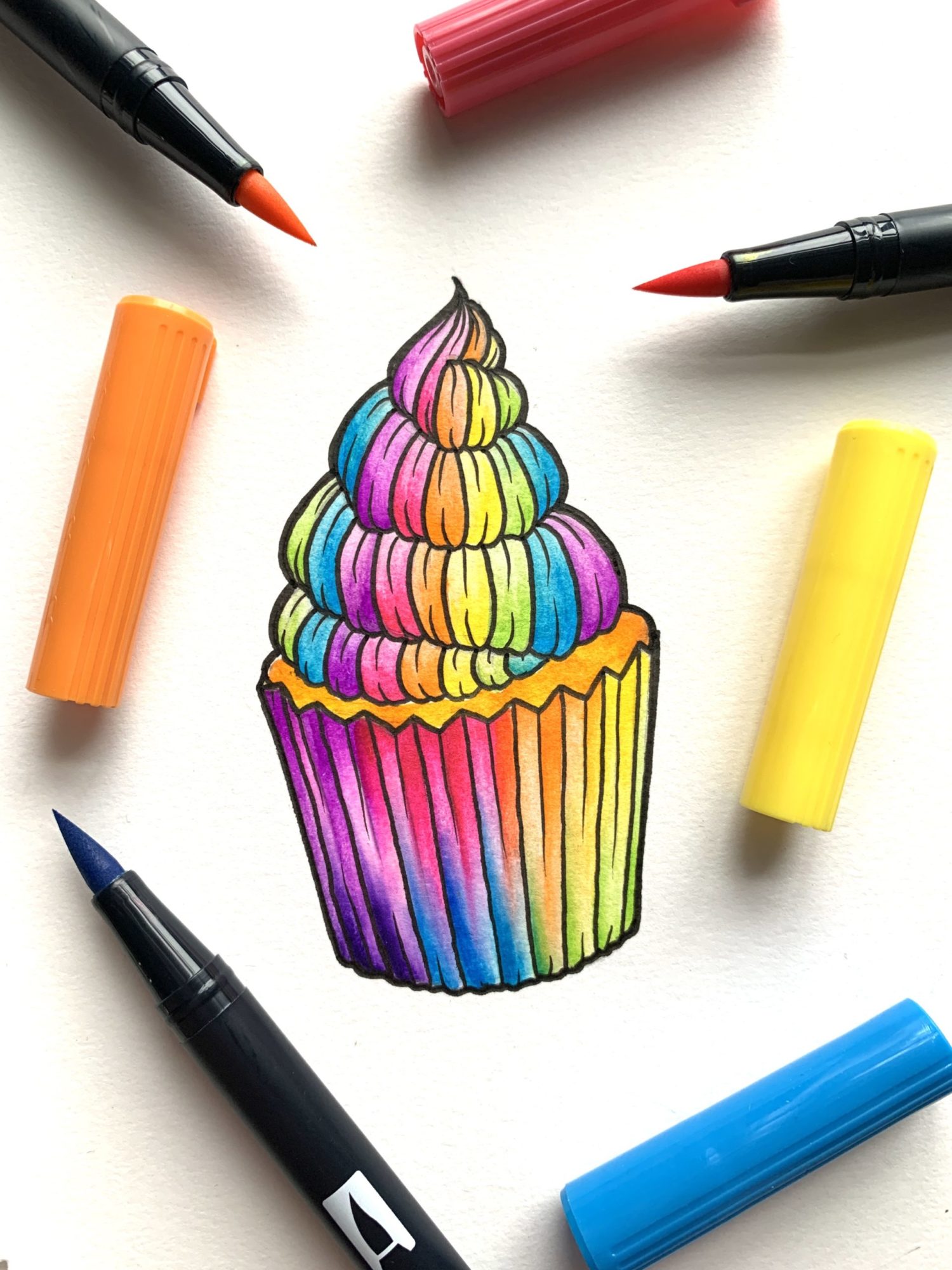 Hopefully this tutorial shows you how to make a fun and slightly more realistic cupcake. If you’re interested in learning how to make other illustrations, check out the Create a Fantasy Book Illustration post by Katie Smith or How To Draw A Cactus With The Tombow Irojiten Colored Pencils by Jennie Garcia. If you make your own art using any of the tutorials, tag us so we can cheer you on!