Hello friends, it’s Ali LePere here! I want to share how I make galaxy lettering with the Tombow Colorless Blender. This marker is definitely underrated and underestimated, but I have found it to be an incredibly versatile tool. It’s the Dual Brush Pen I use the most! 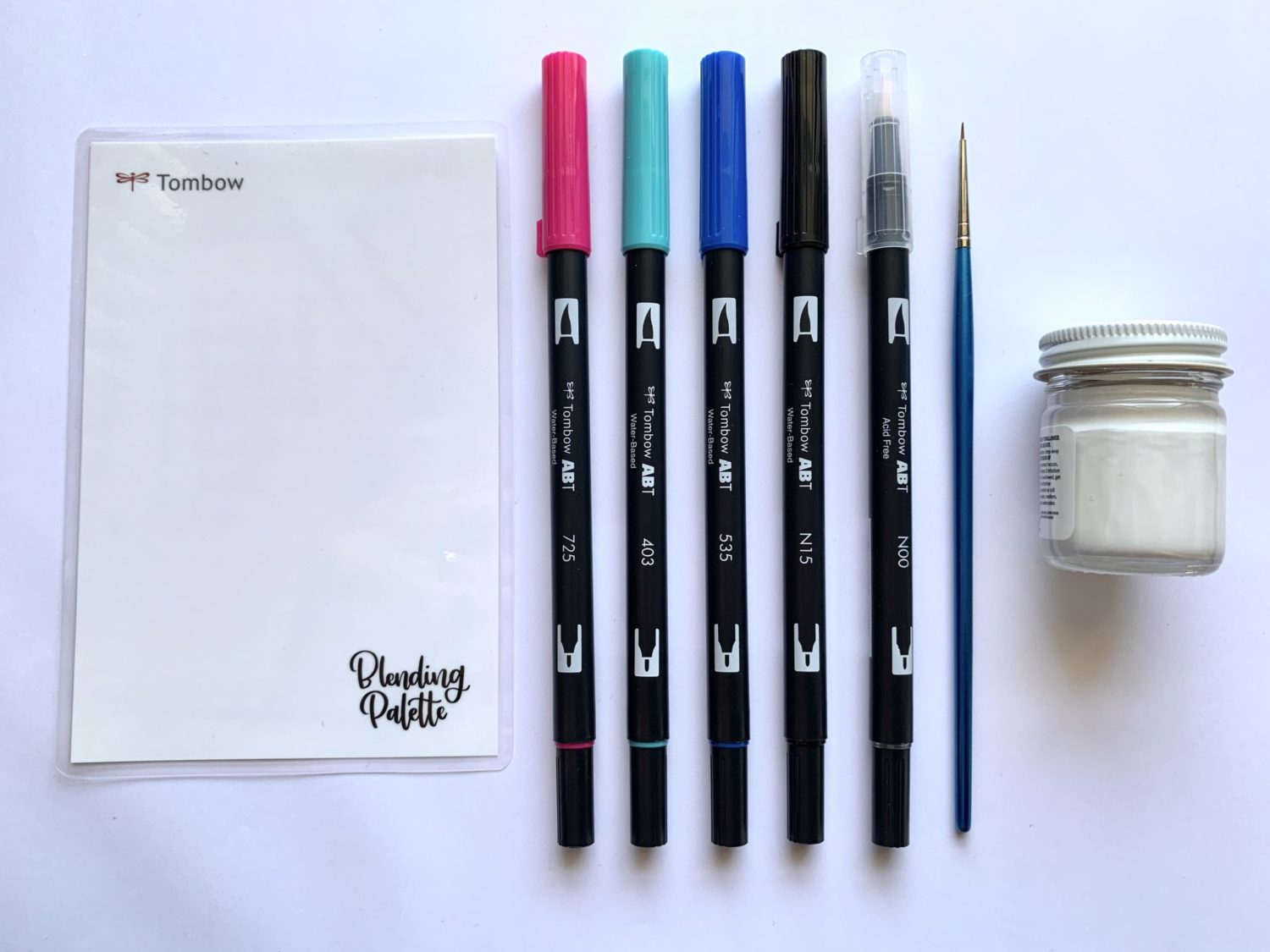 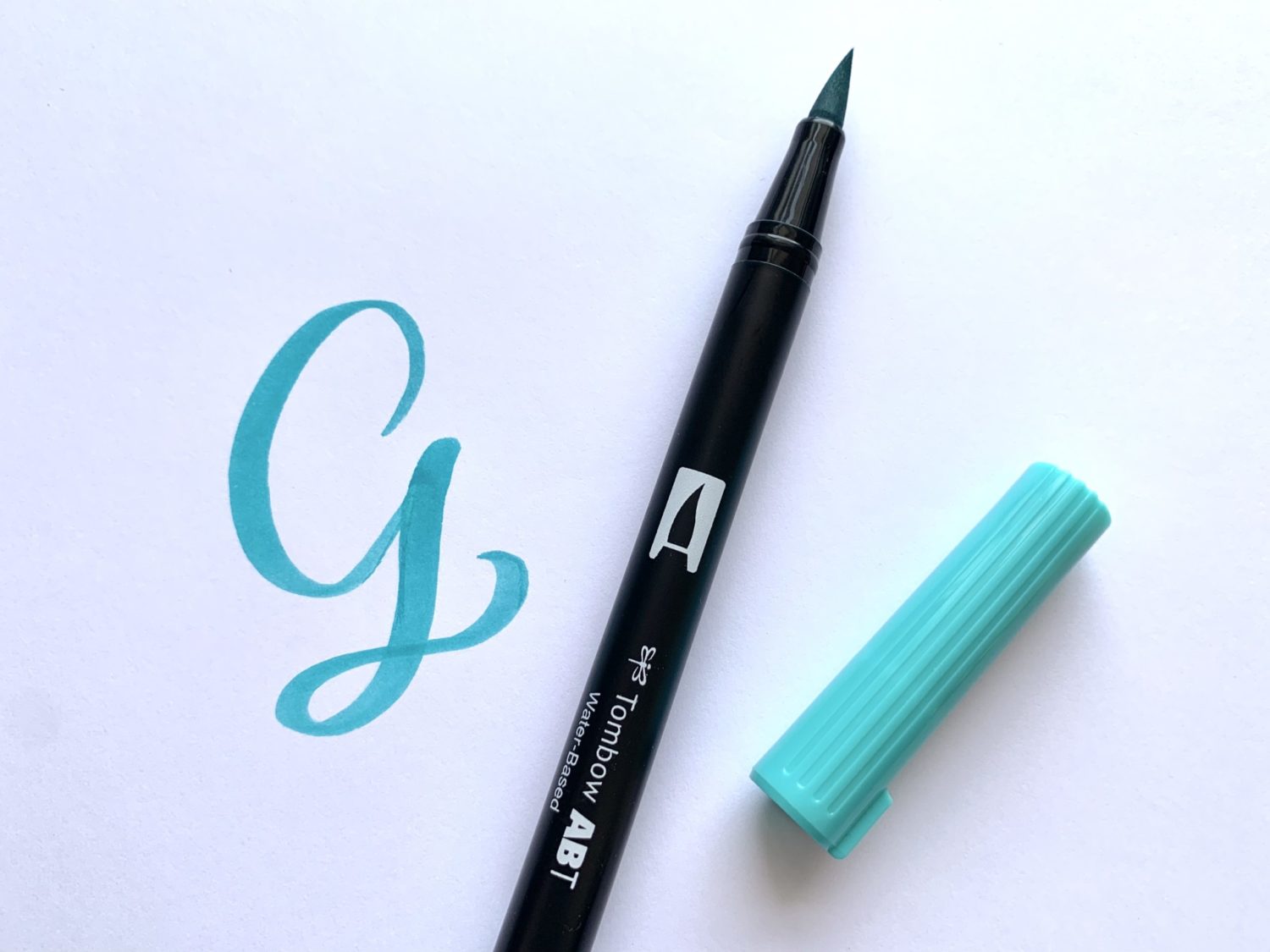 I started by drawing the letter with Dual Brush Pen 403. This acted as a base to lay color down on top of in the next steps. 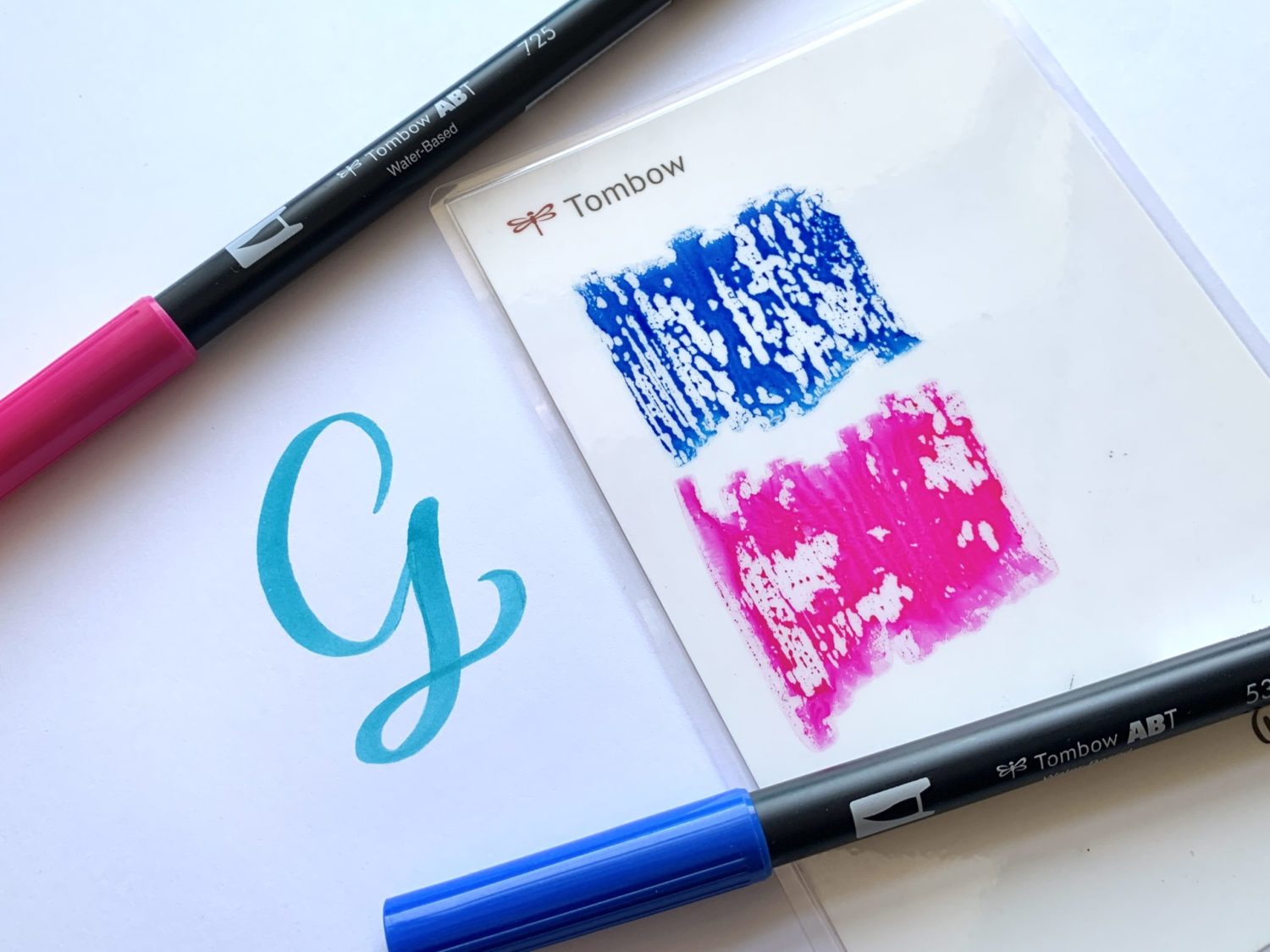 Next, using Dual Brush Pens 535 and 725, I colored large swatches onto the Blending Palette. 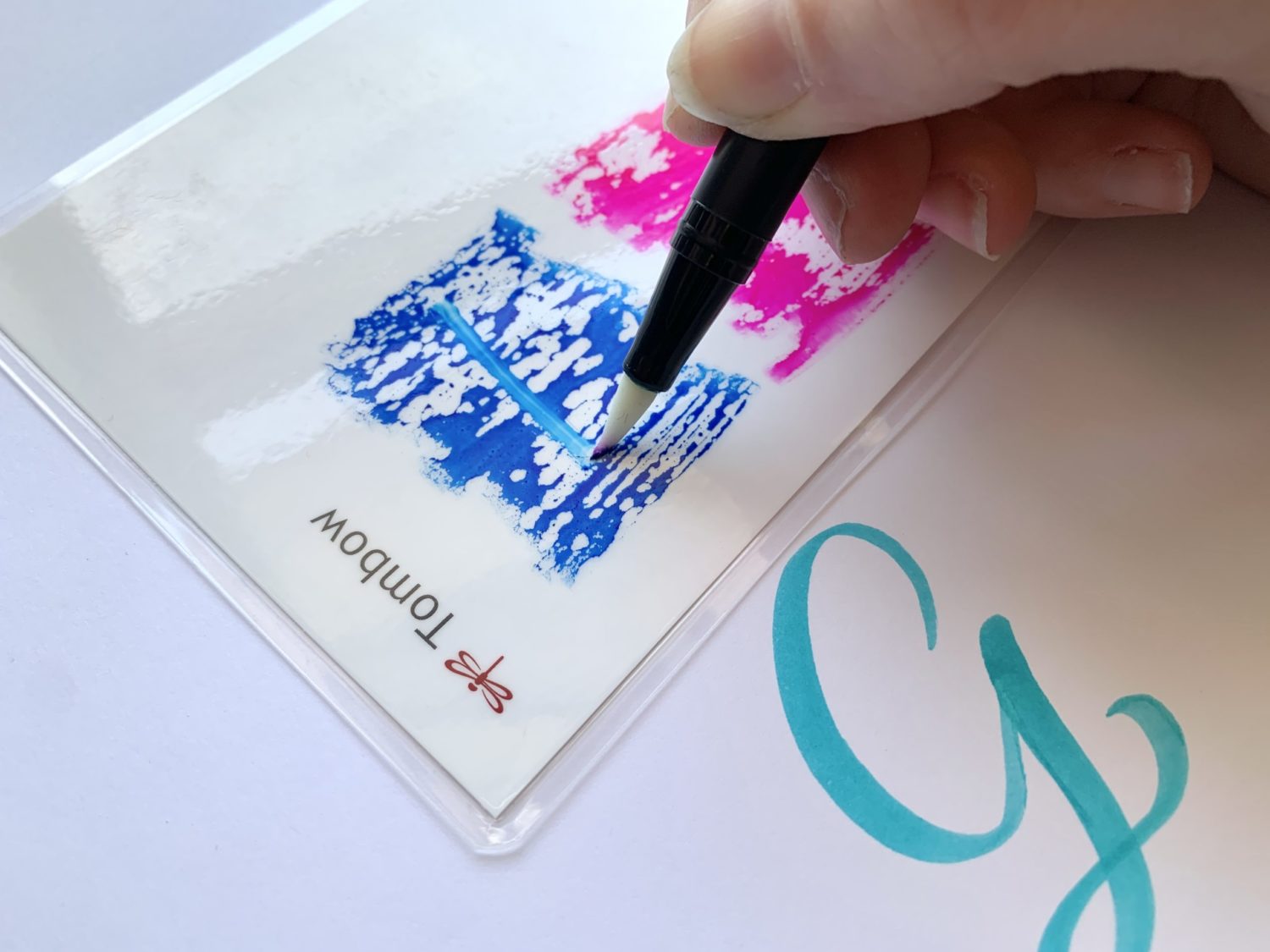 Then, using the brush end of Dual Brush Pen N00 (the Colorless Blender), I picked up the color from the Blending Palette and laid it down onto the letter. 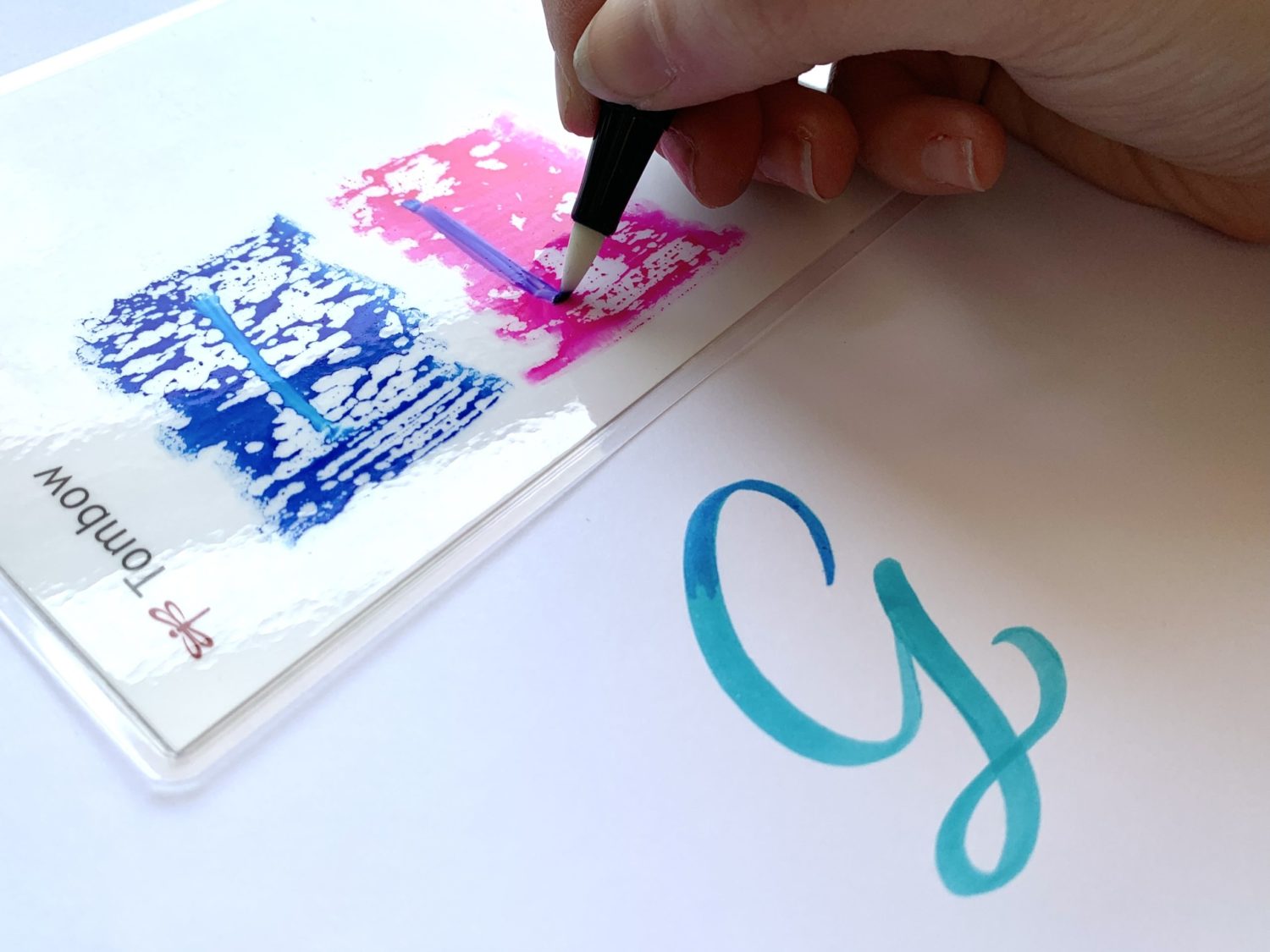 I did this repeatedly, layering and blending both the blue and pink ink. 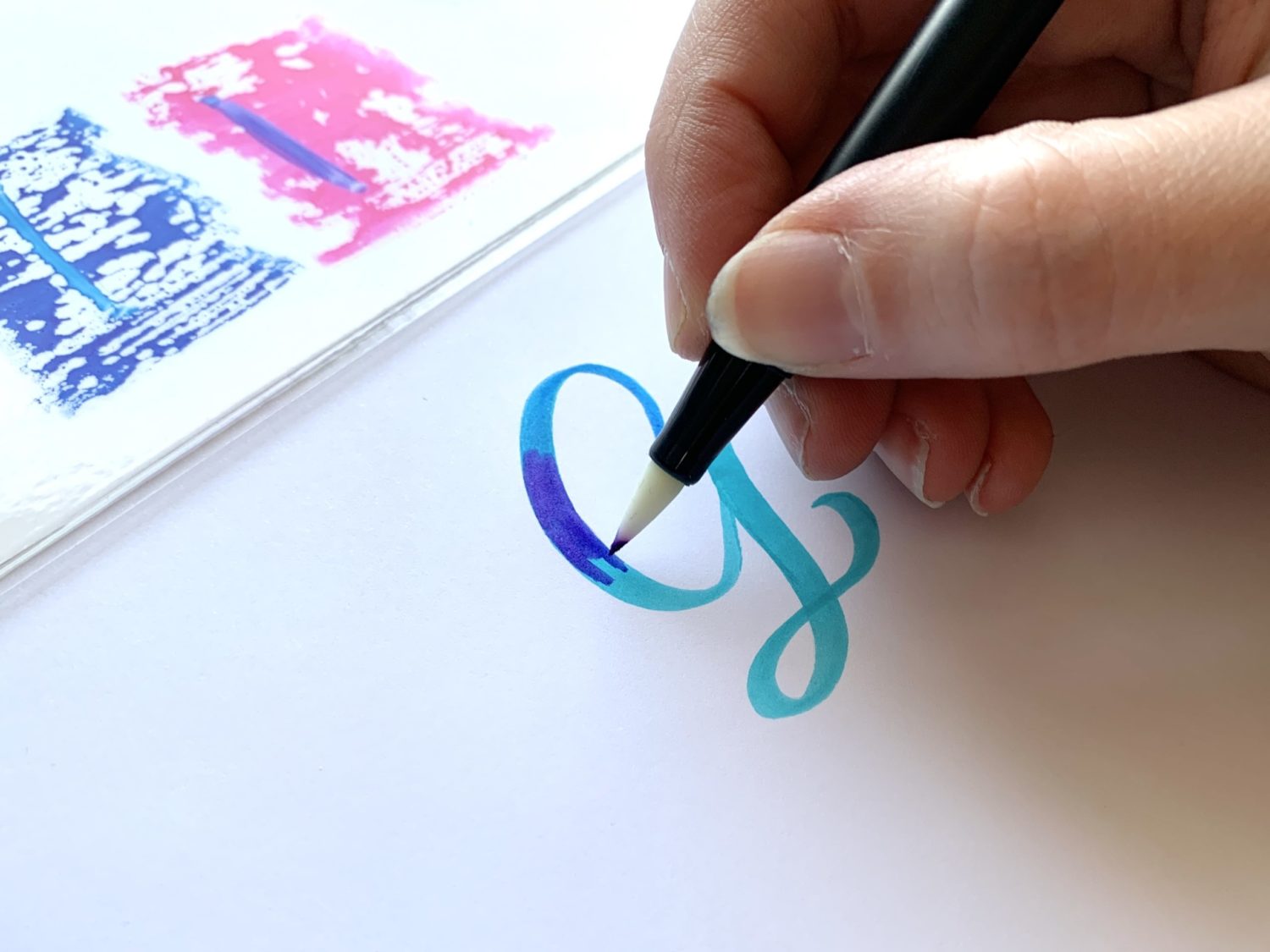 I continued doing this until I had colored in the entire letter. 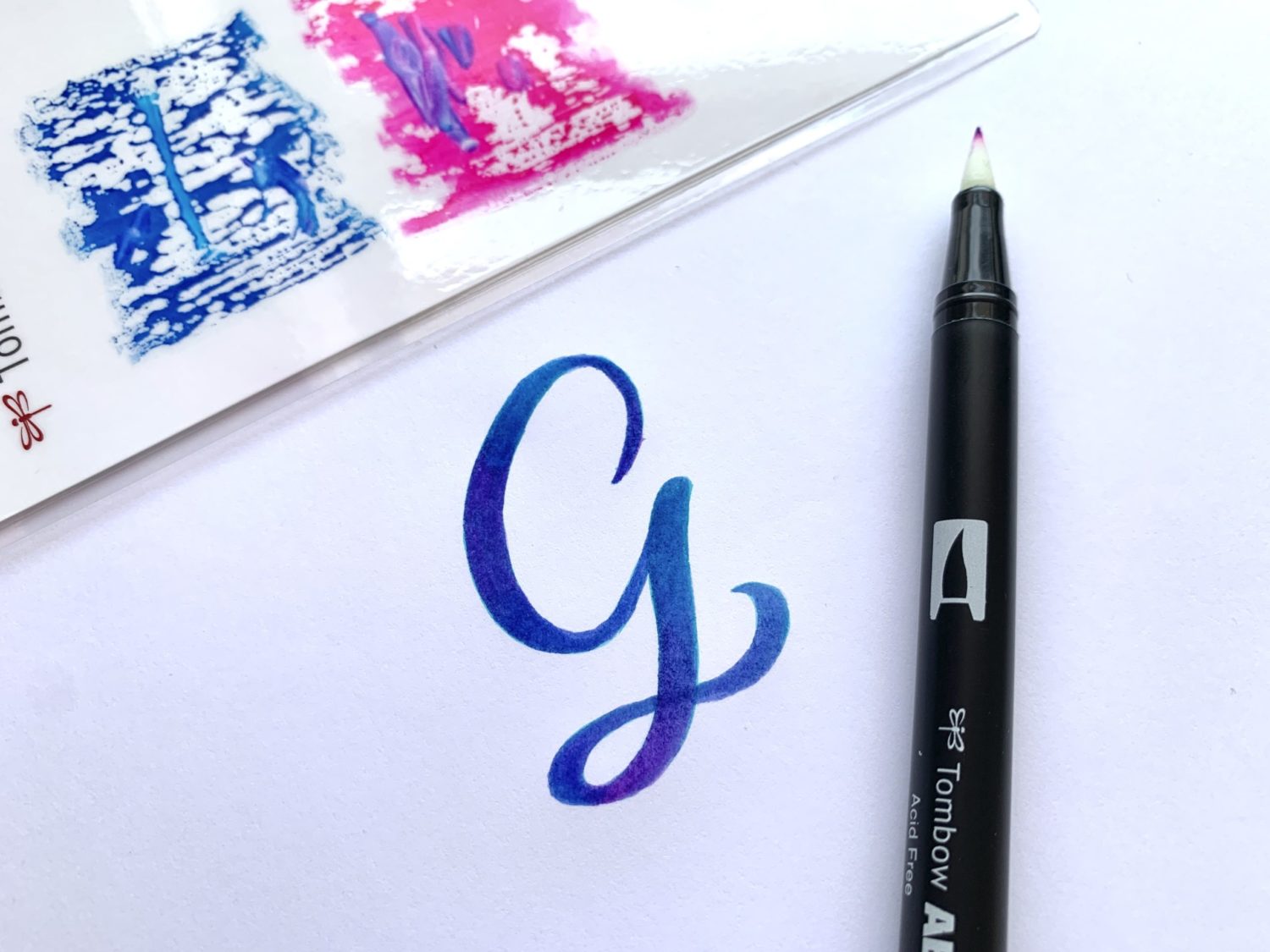 The Colorless Blender cleans itself. That means that the ink I picked up on the Blending Palette is released onto the paper and never absorbed permanently into the marker. This self cleaning characteristic helps me blend colors together with ease. 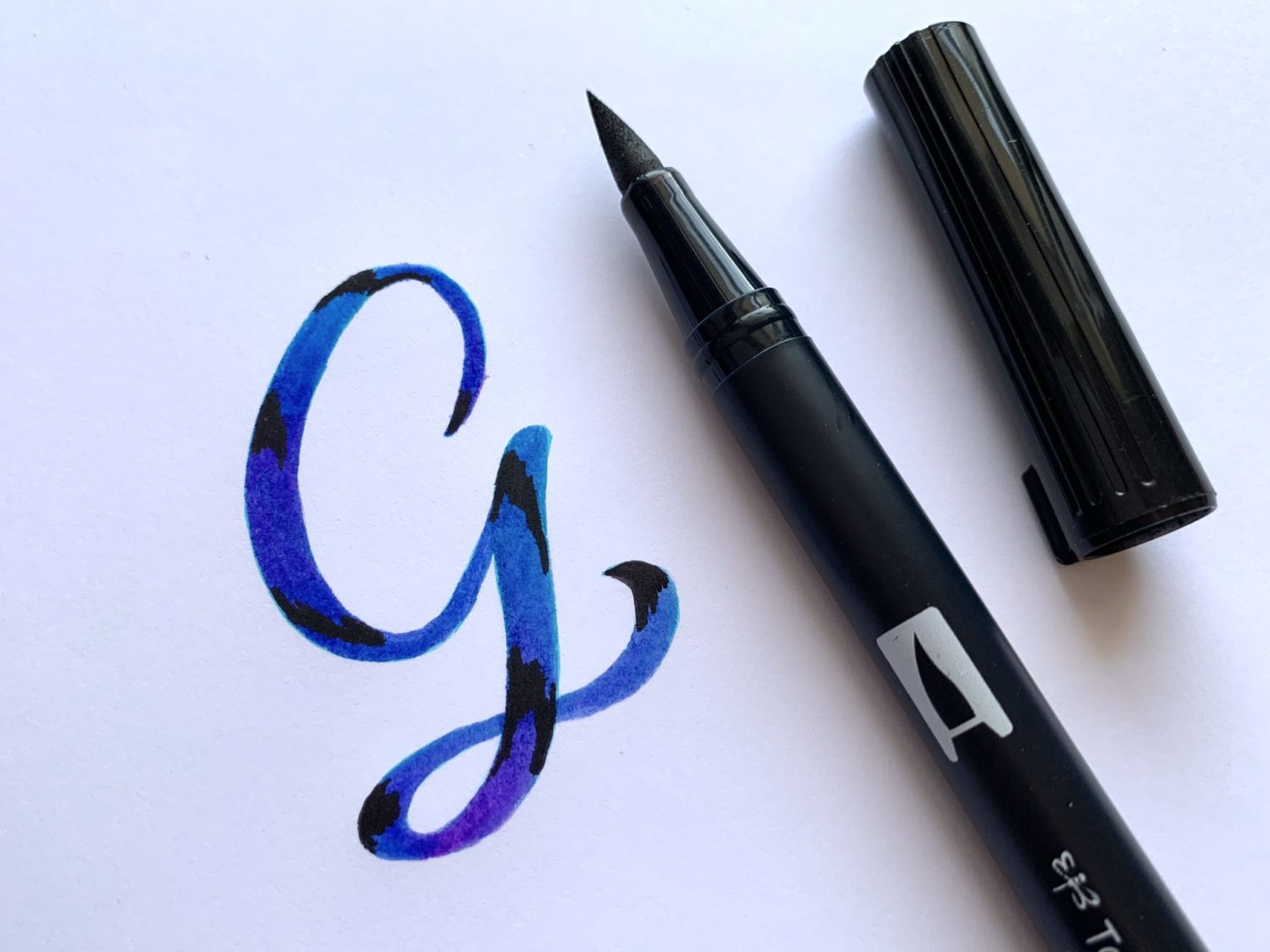 With the N15 Dual Brush Pen, I added small areas of black to the letter. I used the Colorless Blender again to blend out the black ink into the rest of the letter. 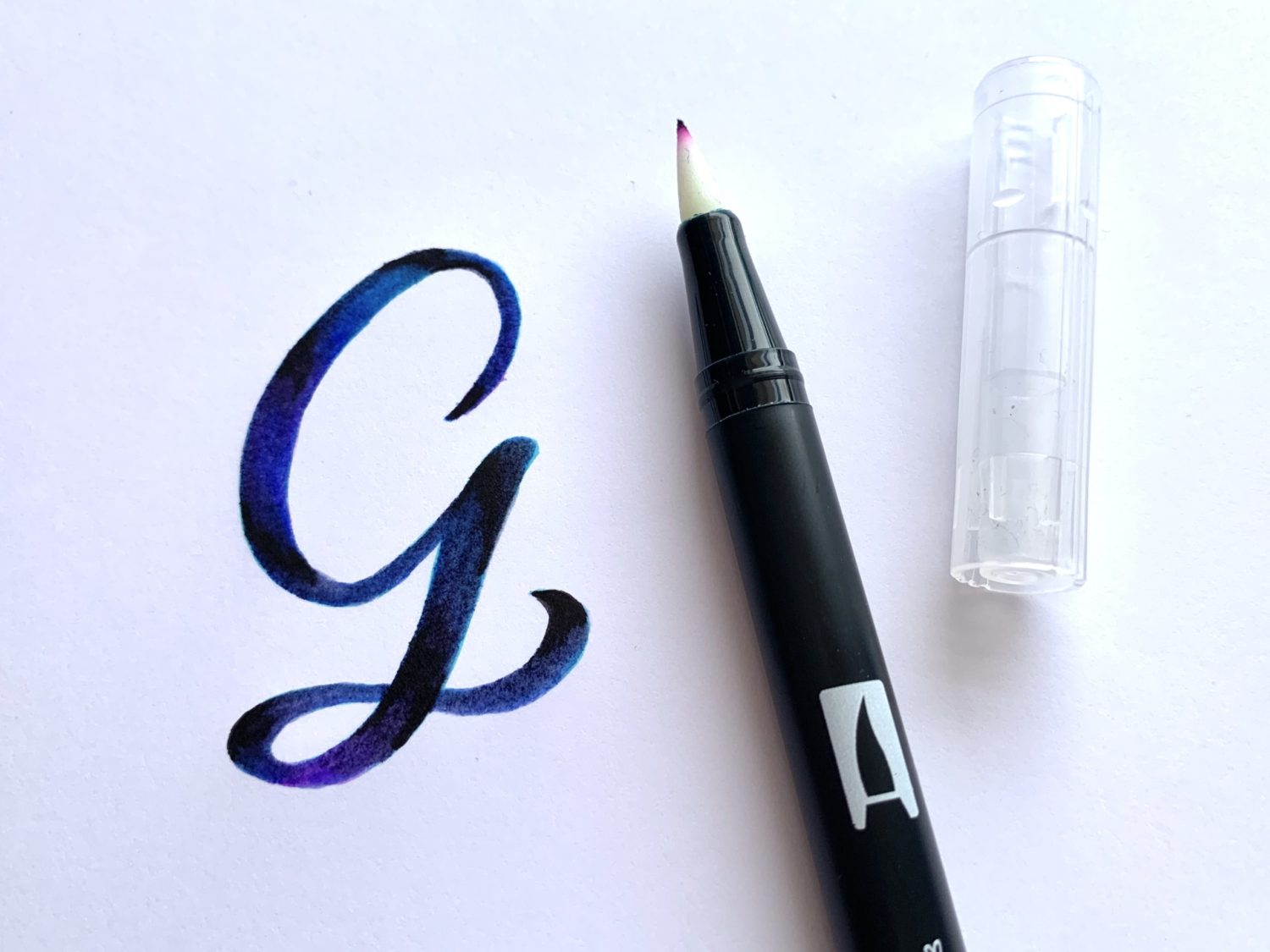 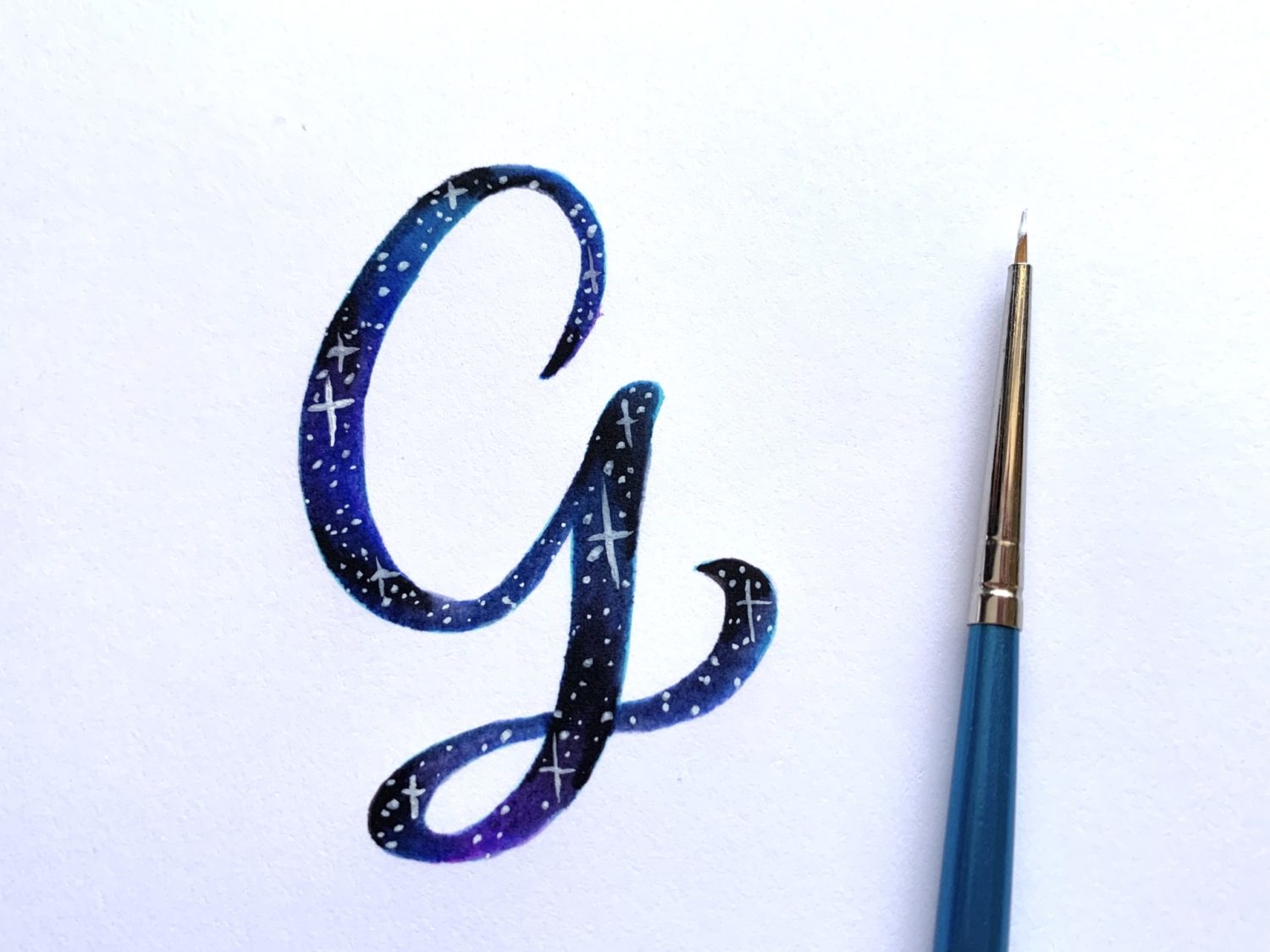 With white ink, I added white stars on top of the letter.

After I completed the practice letter, I used the process to color in this small phrase. Since the Colorless Blender has the flexible self cleaning nylon brush end, I was able to control the blends and work in small areas of each letter with ease. I have used this technique for lettering, calligraphy, and for coloring. 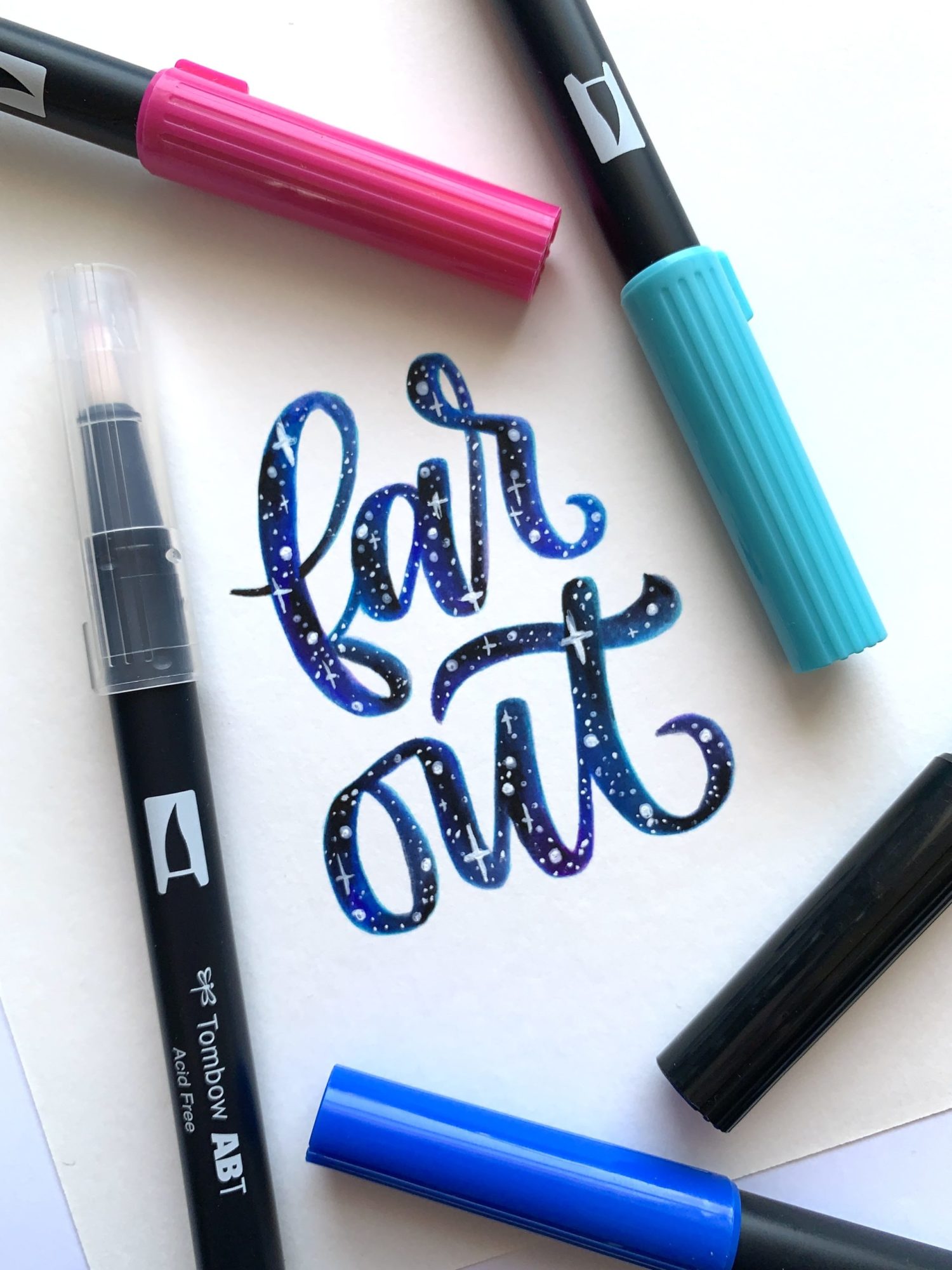